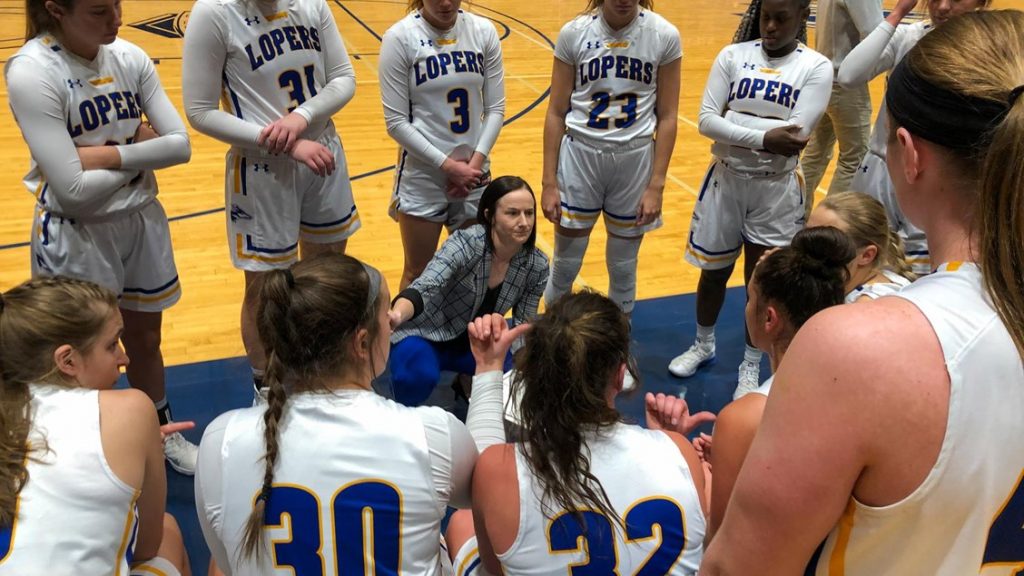 Eighmey and her staff guided a young Loper squad to a 26-6 (14-5 MIAA) record during the recently completed 2019-20 season. Picked sixth in the preseason coaches’ and media polls UNK finished third with a win total that ties for second in program history. UNK was nationally and regionally ranked, had its entire starting five earn All-MIAA honors, posted win streaks of seven and 11 games and had two wins over both Missouri Western State (21-8) and Fort Hays State (23-7). Finally the Lopers achieved all this despite several key injuries and illnesses throughout the winter.

In eight years as a head coach Eighmey is now 158-88 (64.2 win pct.) which includes 90 wins at UNK. She picked up career win 150 on January 23rd at Northwest Missouri State and has had four 20-win seasons in her coaching tenure. Previously the Edgar native spent three years at Hastings College, her alma mater.

Drury entered the NCAA Division II Tournament with a 32-0 record and a No. 1 ranking in the WBCA Top 25 poll, Glenville was 26-5 and the third seed in the Atlantic Regional with ENMU going 22-9 to garner the seventh spot in the South Central Regional.