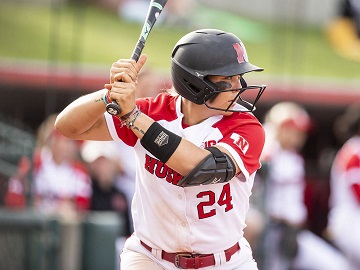 Senior outfielder Tristen Edwards was named the first Big Ten Player of the Week for the 2021 season, the conference announced on Tuesday.

Edwards was honored for an outstanding opening weekend in a Big Ten-only field at Leesburg, Fla. Edwards hit .444 in six games with one double, three homers and six RBIs. Her three home runs were more than any of the other 13 teams hit in the opening weekend. Edwards also led the league with a 1.000 slugging percentage – .273 higher than any other Big Ten player – and four extra-base hits.