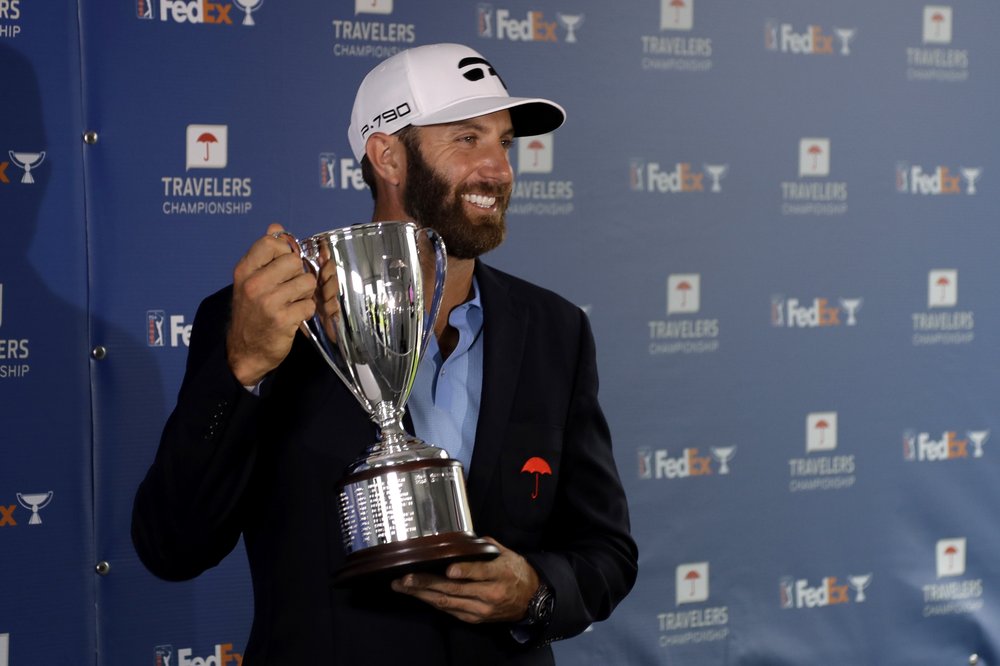 Johnson closed with a 3-under 67 for a one-stroke victory over Kevin Streelman at fan-free TPC River Highlands. Johnson last won in Mexico City in March 2019.

Arnold Palmer and Jack Nicklaus each won in 17 consecutive years. Johnson failed to win in 2014, but is given credit for winning in the 2013-14 season from his victory in the fall of 2013 in Shanghai. The tour changed to a wraparound season in 2013.

Johnson tapped in for par on the par-4 18th, raised his ball to acknowledge the smattering of applause from course workers and officials with no fans allowed because of the coronavirus pandemic.

Mackenzie Hughes, who shot a first-round 60, had a 67 to tie for third with 23-year-old Will Gordon at 17 under. Gordon, who had no status on either the PGA Tour or the Korn Ferry Tour, had seven birdies in a 64. He earned a special temporary card and unlimited exemptions for the rest of the season.