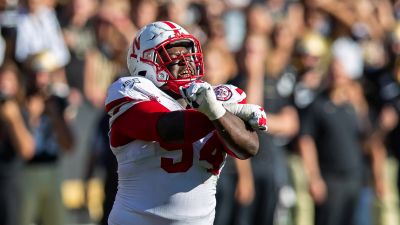 The Big Ten Conference office announced Wednesday that Nebraska football player Khalil Davis has been suspended one game and issued a public reprimand for violating the Big Ten Sportsmanship Policy after he struck an opposing player near the 9:18 mark of the first quarter against Ohio State on Sept. 28. Davis is ineligible to play in Nebraska’s next game on Oct. 5 against Northwestern.

VIDEO: How do the Huskers bounce back after Ohio State? – Weekly HuskerChat (Nebraska vs Northwestern)