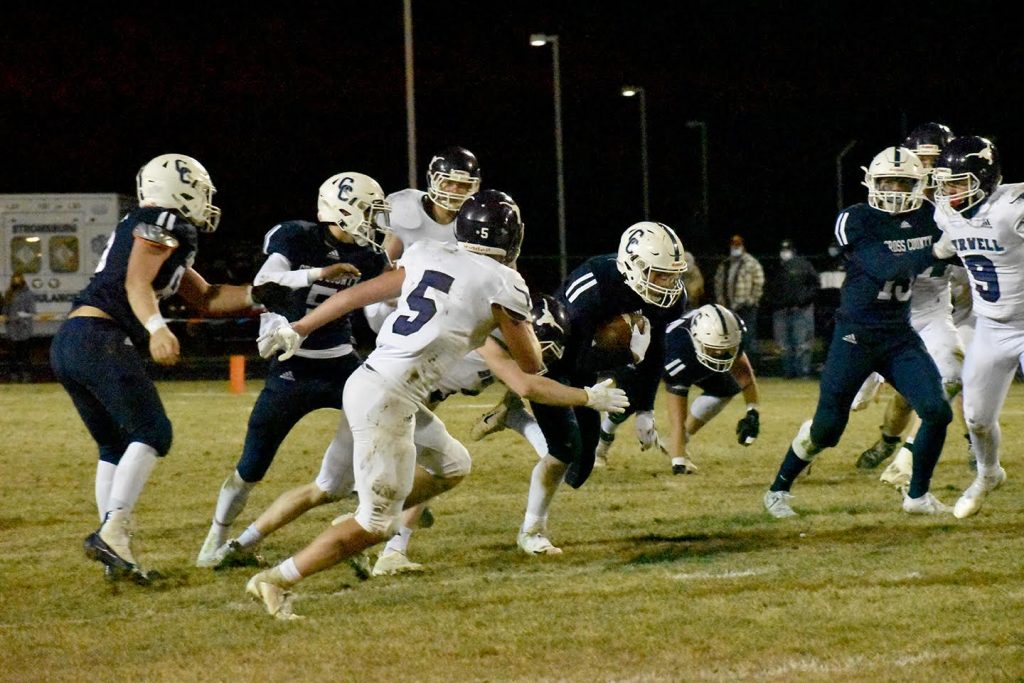 CROSS COUNTY- It was the second straight year Cross County had made the semifinals in Class D1, and it was the second time they came up just short as they fell to Burwell 37-36. Cross County had a picture-perfect start, scoring on their first three drives and forcing turnovers, resulting in a 22-0 late in the first quarter. The Cougars also led 30-22 at the half, but could not hang on as Burwell’s defense tightened up and the Longhorns controlled the ball for the majority of the second half.

Cross County ends the season at 11-1. For Burwell, they move to the Championship game for the 5th time in six years and they will host DCS next Friday.

As announced  Friday night, the Class A, B, C1, C2, D1, and D2 State Championship Football Games will be played at home sites on Friday, November 20th.  The higher seed will host in all classes. Game times will be mutually agreed upon by the participating schools.  The host schools will be required to follow the previously established NSAA Post-Season Protocols.

The Class D6 Championship Football Game will proceed as scheduled in Kearney at Cope Stadium on Friday, November 20th.