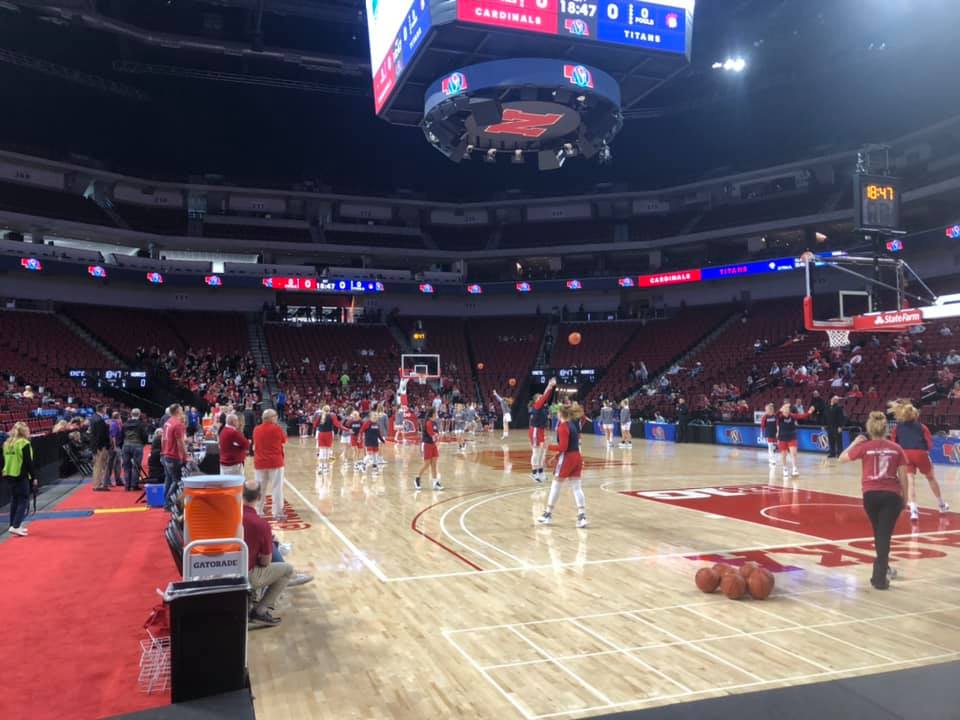 LINCOLN- Crete and Norris, pair of teams that had battled back on January 18th with Crete winning 52-32. In the first round of the Class B Girls NSAA State Basketball Championships, it was a much different story as Crete won by a narrow margin 48-43 in overtime.

The Cardinals had the lead 15-11 at the end of the first quarter, but Norris took over and heading into the intermission was in control 23-19. In the third quarter, it remained close as Crete trailed 29-27 heading to the fourth. In the fourth period, Crete outscored  Norris 9-7 to tie things up at the end of regulation 36-36. But a 12-7 overtime period allowed Crete to take the win.