Wait is listed by PrepVolleyball.com as the nation’s No. 7 recruit, the highest ranking of any Bluejay Volleyball signee since PrepVolleyball.com began its rankings in 2004. Not far behind are Sis (No. 28) and Magill (No. 31). Creighton had previously signed a total of five top-50 recruits out of high school, with only Taryn Kloth (No. 18 in 2015) ranking among the top-35 recruits.

Below is a profile on each prospect, keeping in mind that most All-State teams have not yet been announced for the fall of 2020:

Last year’s Creighton team finished 25-6 and was ranked 16th in the final AVCA poll after making an eighth consecutive NCAA Tournament appearance. The Bluejays graduated Megan Sharkey as well as All-BIG EAST selections Megan Ballenger, Madelyn Cole and Brittany Witt from their 2019 team, and will take the court in the spring of 2021 after the COVID-19 pandemic forced the postponement of the fall 2020 season. 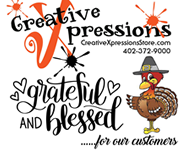