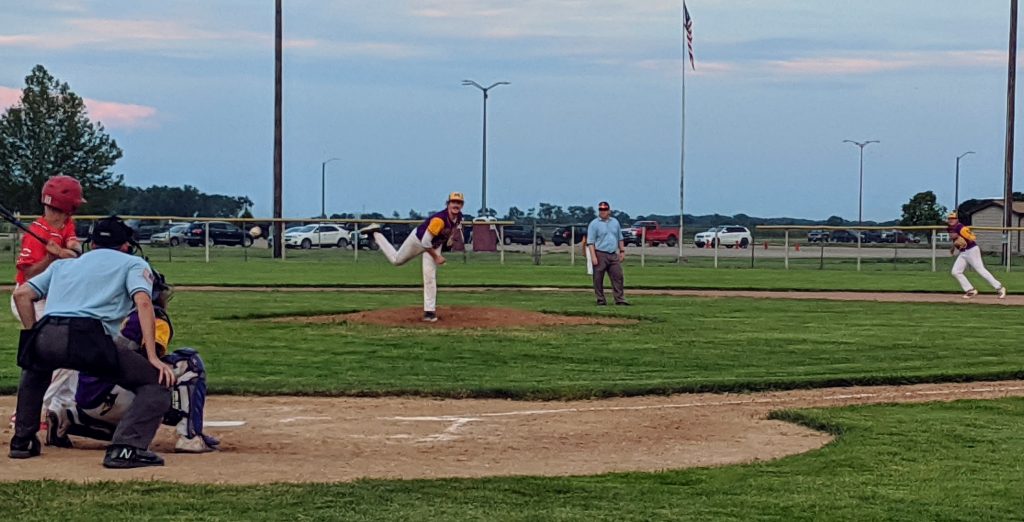 Werner turned in 3 and a third 2 hit, one run, ball to get the win and Pleshcourt got the save going 3 and 2 thirds also only allowing 1 run on 2 hits.

Jordan Rossell started on the hill for the Melons. He struggled with control for much of the game before leaving in the 5th inning after walking 8 and giving up 5 earned runs.

In the second inning, Cozad got their offense started.  Austin Werner drew a walk, scoring one run. Cozad scored four runs in the fifth inning. Alex Werner and Pleshcourt each drove in runs during the inning.

Ethan Thome finished with 2 hits for the Reds.