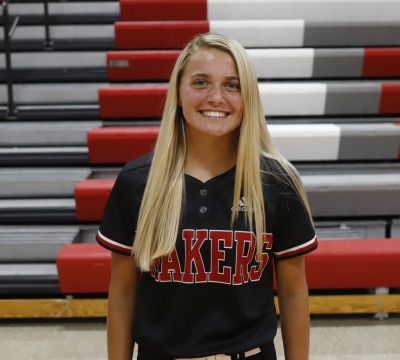 Striking out eight giving up no hits and only allowing one base runner on the night was certainly impressive from Armagost. Gothenburg’s Avery Dunphy led off with the game by hitting a high drive nearly to the fence in centerfield, but it was caught by Cozad centerfielder Taylor Chytka. That was the last solid hit the Swedes had.  Gothenburg managed just one base running because of an error.

Armagost, Emma Cohen and Taylor Howell each had two hits as the Haymaker offense scored two runs in the first inning,  three in the second inning and five in the third inning to win the game via the ten-run=rule. Cozad improves to 3-2, while Gothenburg falls to 1-4.