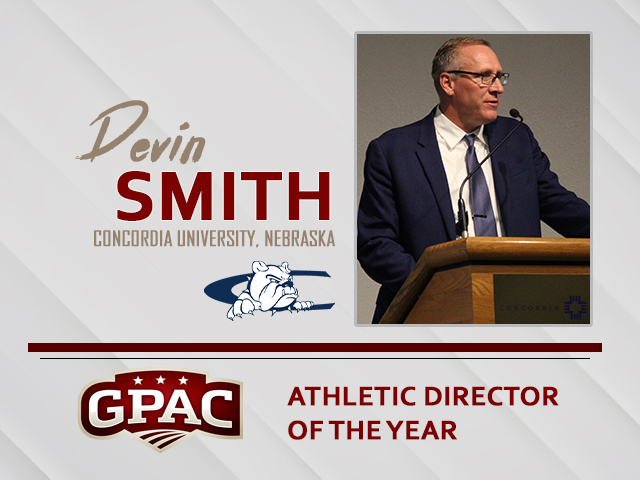 (Sioux City, Iowa) – Devin Smith of Concordia University (Nebraska) has been selected as the 2019-20 Hauff Mid-America Sports/Great Plains Athletic Conference (GPAC) Athletic Director of the Year.  The award is voted on by the league’s athletic directors.

Smith has been athletic director at Concordia University for 10 years after returning to his alma mater in 2010.  In all, 37 of Concordia’s 53 GPAC team titles have occurred during his tenure.

Not only does Smith lead the Bulldogs, he also represents the GPAC on the NAIA National Administrative Council (NAC). He has given countless hours of work helping the NAC with the revamping and improving of NAIA Championships over the past year.

“I believe that Devin is a genuine example of the core values of the NAIA,” said Concordia University Interim President Rev. Russel Sommerfeld.  “He displays integrity, respect, responsibility, sportsmanship, and especially servant leadership.”

“Devin does a lot for the GPA and for the NAIA, but what has impacted me the most is his care for the Concordia student-athletes and their college experience,” said Morningside Athletic Director Tim Jager.  “His leadership has transformed the culture of Concordia athletics.”

“Devin is a tireless worker for the student-athletes of Concordia and has a tremendous vision for the Bulldog athletic department,” said Corey Westra, GPAC Commissioner.  “He is a fearless and bold leader that is always looking at not only what is important today, but more importantly tomorrow and in the future.”

Smith and his wife Michelle have two children (Elijah and Addison) and live in Seward, Nebraska. 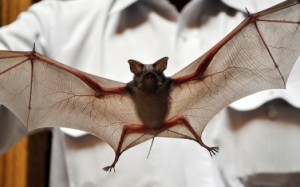