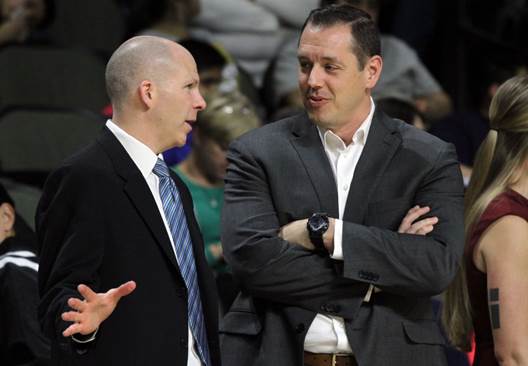 LAKELAND, Fla. – In another rematch of the 2019 national championship game, the top-ranked Concordia University women’s basketball team could not crack No. 2 Southeastern University (Fla.)’s stifling man-to-man defense. The Bulldogs shot 30 percent from the floor while falling on Friday (Dec. 20), 97-72, at The Furnace in Lakeland, Fla., home to the Fire. Physically imposing Southeastern owned a 62-29 advantage on the boards.

The loss snapped a 23-game win streak for 14th-year head coach Drew Olson’s program. The Bulldogs are now 11-1 overall while in the middle of their stay in The Sunshine State.

Concordia had beaten Southeastern three times since the start of the 2018-19 season. Those meetings included the national championship tilt back in March. This time around, the Fire dominated behind a defensive tenacity that has made it one of the nation’s top-ranked squad in terms of both scoring defense and field goal percentage defense. Taylah Simmons (game high 22 points and 12 rebounds) and company were much better on both ends.

A glimmer of hope came in the third quarter when a 10-2 Bulldog run cut the deficit to 11 (49-38) at the 5:21 mark. Philly Lammers initiated that spurt with a layup and MacKenzie Helman capped it by draining a trey. Helman put together a solid day that included 10 points and 2-for-4 shooting from 3-point range. Meanwhile, Lammers paced the team with 14 points and six rebounds. Rebecca Higgins added 10 points and made both of her 3-point tries.

After absorbing that aforementioned third-quarter run, Southeastern (13-2) put its foot on the accelerator and never let off. The Fire used primarily six players while aiming to ensure it wouldn’t let this one get away. In a battle of big-time point guards, senior Eliza West impressed by dropping 16 dimes to go along with 12 points. Raegan Linster poured in 21 points, M’caela Sellers added 19 points and Marlena Schmidt (11 points and 12 rebounds) notched a double-double.

During the tenure of head coach Tim Hays, now is his fourth year at Southeastern, two of the four regular-season Fire losses have come at the hands of Concordia. Earlier this season, the Bulldogs edged Hays’ squad, 63-62, in overtime in Point Lookout, Mo. Southeastern was ready for this one.

“You could feel it that the game meant a lot to them,” Olson said. “It showed. They had a lot more focus and toughness. That’s something we’ve got to get better at.”

The 72 points scored by Concordia was actually the most allowed this season by Southeastern. On the other hand, the Bulldogs had not surrendered more than 77 points prior to Friday’s contest.

The Southeastern Christmas Invitational will continue on Saturday with the Bulldogs taking on William Carey University (Miss.) (4-5) at 3 p.m. CT (4 p.m. ET). The Crusaders compete as a member of the Southern States Athletic Conference (NAIA Division I).