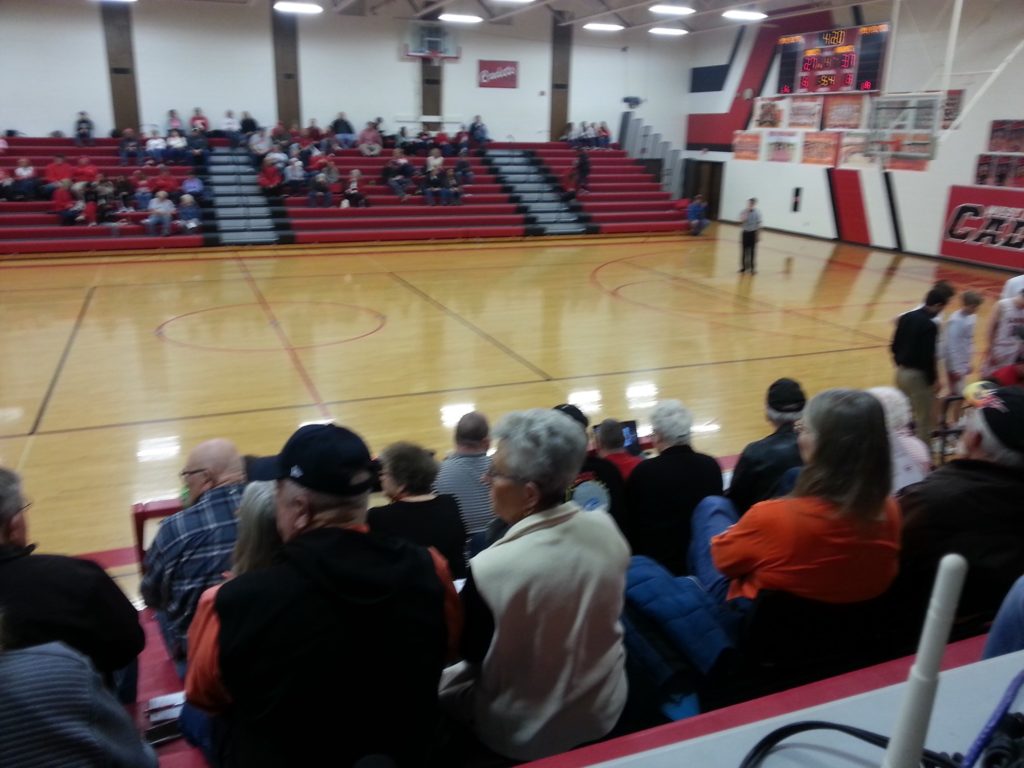 WEST POINT – West Point-Beemer and Oakland-Craig got together in High School Basketball in West Point Friday night as the Cadet Girls handed the Knights their first loss of the season with a 59-57 come from behind win while the Knights took the boys contest 63-44.

In the girls game, the game was tied at 11 at the end of the first quarter. Oakland-Craig outscored West Point-Beemer 16-10 in the 2nd quarter to take a 27-21 lead into the locker room.

The Cadets staged a comeback in the 4th quarter, however, holding the Knights to 6 points at one point in the quarter while taking the lead.

Oakland-Craig had a chance to win it at the buzzer, but Sydney Guzinski’s right wing 3-pointer was blocked as time expired.

West Point-Beemer Head Coach Taylor Shepard says it was quite the win.

Sidney Swanson had a game-high 27 points for the Cadets. Reece Snodgrass added 9, all on free throws, while Brooklyn Weddle scored 7.

The Knights were led by Kennedy Benne, who had a team-high 20 points. Freshman Chaney Nelson added 13 while Sadie Nelson notched 9 and Mya Guzinski totaled 7.

Oakland-Craig falls to 22-1 on the season and faces either Mead or Cedar Bluffs in the C2-2 Sub-District Semifinals at Logan View Tuesday night.

West Point-Beemer improves to 20-5 on the year and faces Logan View/Scribner-Snyder in the C1-3 Sub-District Semifinals at Wisner-Pilger Tuesday night.

Knights Head Coach Aaron Meyer says his team’s play was kind of up and down throughout the game.

The Cadets were led by Keegan Doggett, who had 15 points. Zach Vander Griend was also in double figures with 11.

Click here to listen to Interview with Coach Shepard

Click here to listen to Interview with Coach Meyer