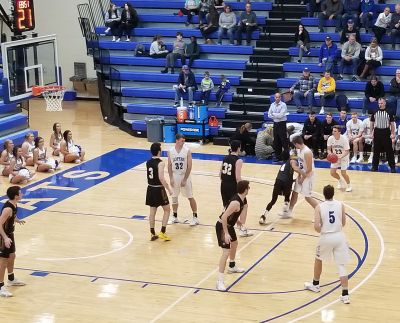 Kearney, Neb. – The Nebraska-Kearney men’s basketball team shot 59 percent in the second half to rally past Wayne State, 77-64, Wednesday night at Kearney High. The 166th meeting between the Lopers (6-4) and Wildcats (5-9) was originally set to be played back on November 27 but was postponed due to a snowstorm. Tonight’s reschedule had to be played down the road at KHS due to graduation setup in the Health & Sports Center. For the second time this week UNK fell behind by double digits in the first half only to turn completely things around and have a double digit lead in the second half. Both teams made over half its shots in the opening 20 minutes with WSC close to 70 percent for a spell. That helped the ‘Cats lead 29-18 by the 8:04 mark. However, the Lopers closed the half on a 19-10 run to trail by just two heading into the locker room. UNK then stormed out of the gates with a 12-2 spurt that featured threes by Iowa senior Kyle Juhl and Texas junior RJ Pair.

Kearney wouldn’t trail again as it held WSC to just a 6 of 22 effort (27%) from the field. Utah junior guard Jake Walker hit back-to-back threes to push the lead to double digits, 55-43, midway through the second half and the ‘Cats didn’t get closer than seven points the rest of the way. Walker, one of three Loper starters in double figures, had 10 of his 17 in the second half. He finished 5 of 8 from downtown and grabbed two of Kearney’s seven o-boards. “The problem was we came out like we were sleep walking. We were making plays defensively that I just didn’t have the answer for. Why we weren’t matching up, why we weren’t talking, using our assignment. Guys were getting shots that we told our kids they couldn’t get,” UNK head coach Kevin Lofton said. “So they got off to a great start and we got off to a horrible start but kudos to our guys. They found a way to fight their way back into it.” Bellevue senior forward AJ Jackson tallied a team-high 19 with 12 coming in the first half. He made 7 of 11 shots while also having six boards and a block. Next Kansas senior Morgan Soucie had 13 points and a team-best five dimes with Juhl at seven boards and six points.

Off the bench Texas senior Chase Winchester made two shots and three free throws to score eight. “Jake got free and hit some shots. AJ did a tremendous job of getting his points in the paint, getting rebounds and second chance opportunities. Those two kind of held it together for us and fortunately we regrouped at half time and played much better in the second half,” Lofton said. “Defense was better … guys got out and pressured the ball and stuck to our assignments better. We came down on the other end and moved and shared the ball.” UNK ended the night with a 54.2 field goal percentage (26 of 48) that included a 10 of 21 effort from behind the arc. Also making 15 of 20 free throws the Lopers tallied 14 points off 13 WSC turnovers. Wayne was paced by sophomore forwards Nick Ferrarini (21 points) and Jordan Jansssen (18 points, nine rebounds, two assists and a block). The Lopers are now off until New Year’s Day when the face Nebraska Christian at 2 p.m. 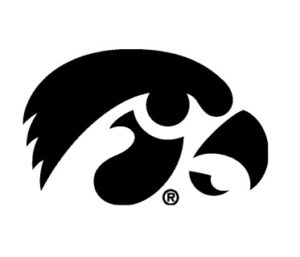