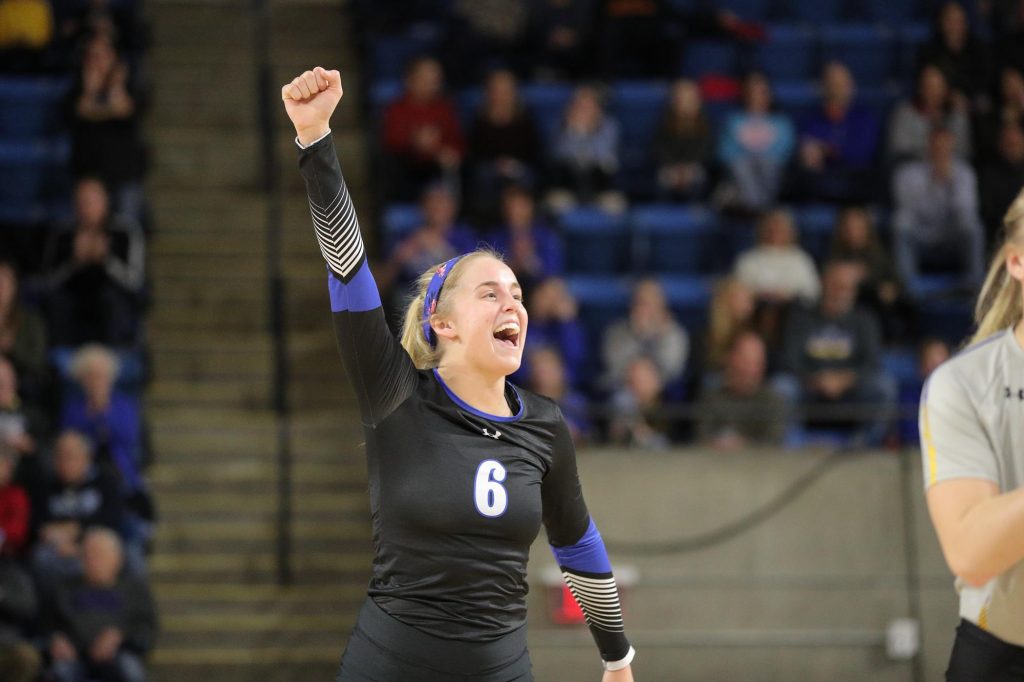 Kearney, Neb. – For the first time since playing for the 2019 National Championship the Nebraska-Kearney volleyball team will see another team across the net.

Now unranked UNK (*AVCA is ranking only teams that have played a match) travels to former RMAC rivals Colorado-Colorado Springs and Metro State this weekend to kick start an interesting spring season. The Lopers currently have 16 scheduled matches with the MIAA Invitational (April 16-17) and Central Region Invitational (April 23-24) to follow.

While All-American and 2019 Co-MIAA Player of the Year Julianne Jackson (3.19 kills & 3.79 digs per set) must be replaced on the outside and sophomore middle Michaela Bartels (2.00 kills & 0.75 blocks per set) rehabbing from injury, head coach Rick Squiers and his staff still has a stacked roster.

Finally, junior Gracie Stienike (Gothenburg) will be one of the top options on the outside this spring, junior newcomer Breanna Jones (Littleton, Colo.) is another talent in the back row with true freshman Lauren Taubenheim (Lincoln Pius X) a strong passer and an option on the right or outside.