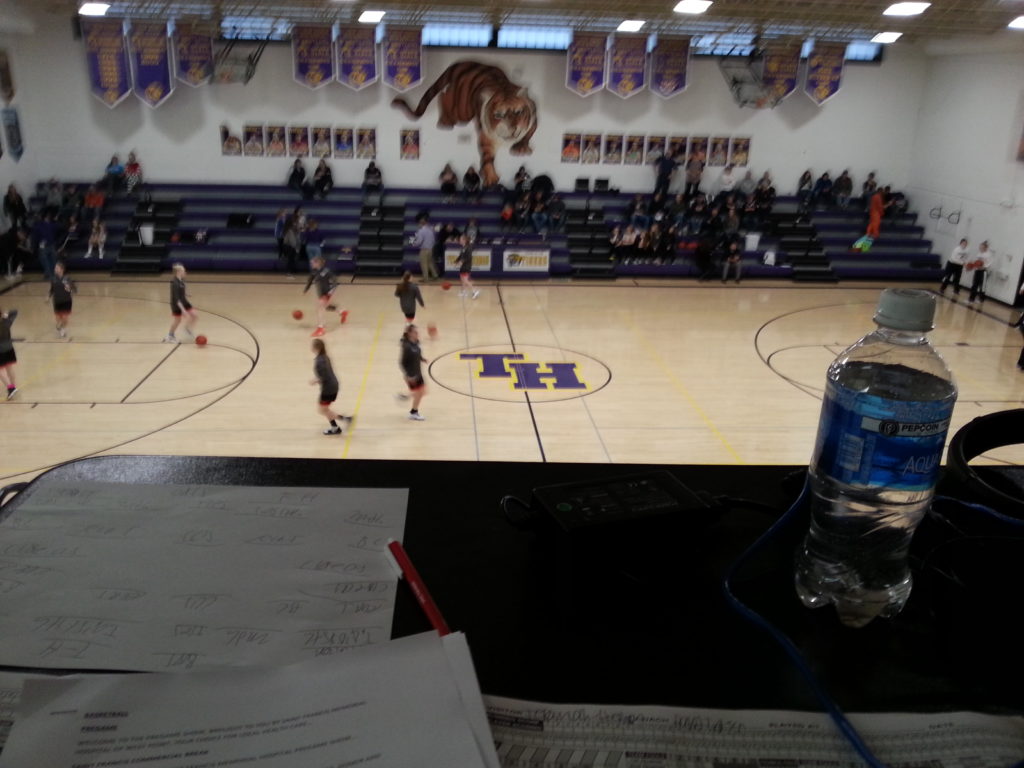 Tekamah-It was a memorable night in Tekamah on Saturday as the hometown Tigers got together with Stanton for a boy/girl basketball doubleheader that was aired on 107.9 the Bull.

The girls game was won by Tekamah-Herman, 30-24, while the Mustangs took the boys contest 40-37 thanks to a TJ Larson buzzer beating three-pointer.

The Tigers led the Girls game 8-7 at the end of one before the game was tied at 13 at halftime.

Tekamah-Herman saved their best for last though, outscoring the Mustangs 10-3 in the 4th quarter to earn their first win of the season.

Anna Wakehouse led the Tigers with a team-high 9 points while Maggie Sheets scored 8, all in the second half.

Stanton was led by Sylvia Cunningham, who led all scorers with 10 points.

The Mustangs fall to 0-2 on the year and take on West Point-Beemer on the road Tuesday. Tekamah-Herman improves to 1-1 on the season and takes on DC West on the road Tuesday night. The Falcons are led by legendary Coach Russ Ninemire, who coached at Sandy Creek for 40 years and led the Cougars to 10 state championships.

In the boys game, Stanton tripled up Tekamah-Herman 12-4 in the first quarter. The Mustangs went scoreless in the 2nd quarter, but still led the Tigers 12-10 at halftime.

The Mustangs led 36-27 in the 4th quarter before Tekamah-Herman went on a 9-0 run to tie the game in the final stanza.

The game was tied at 37 with 4.1 seconds left when Larson threw up his desperation heave that went in at the buzzer. Tekamah-Herman Head Coach Zach Rosenboom said it was a hard fought game.

The Tigers were paced by Brock Rogers, who had a team-high 11 points, including 9 in the 4th quarter.

Stanton ups their record to 1-1 on the season and travels to West Point-Beemer Tuesday night.

Click here to listen to Interview with Coach Rosenboom

Click here to listen to Interview with Coach Eriksen