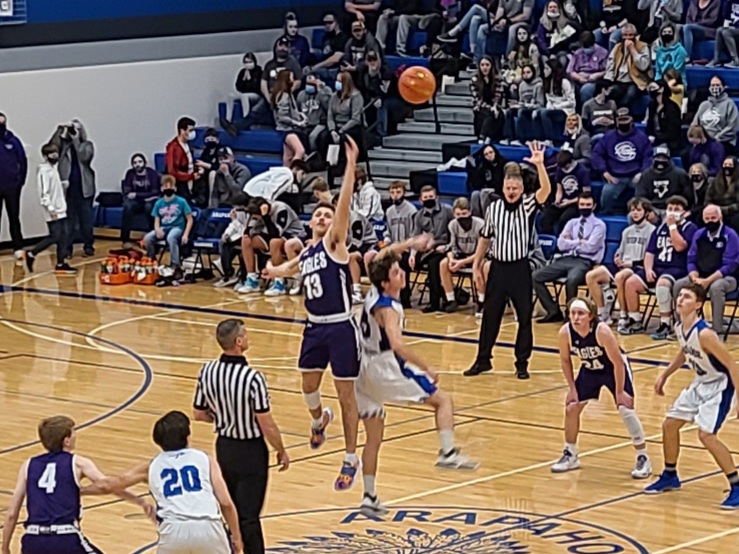 Arapahoe – A couple dominant individual performances led to easy wins for Southern Valley Basketball on Thursday night as the Girls won their game 50-28 and the Boys won 57-35.

In the Girls game, it was once again Freshman Phenom Ann Bose that lit up the scoreboard. She scored 21 points to lead all scorers. The Eagles jumped out to a 26-5 lead after one quarter and never really relinquished that lead. Arapahoe played Southern Valley even the rest of the way, but just couldn’t find the scoring to seriously contend. None of the Warriors were in double-digit scoring as Hope Koller led the way with eight points. The win moves the Eagles to 6-8 on the season as Arapahoe falls to 2-12.

Clayton Berry continued his impressive Senior Season, scoring 26 points as he led all scorers in the Southern Valley boys 22 point win. The Eagles led by nine points after one quarter and never really were threatened after that. Reilly Einspahr was the leading scorer for the Warriors, scoring 10 points in the loss. The win gets the Eagles back on track as they move to 11-2 on the season, Arapahoe falls to 4-10.