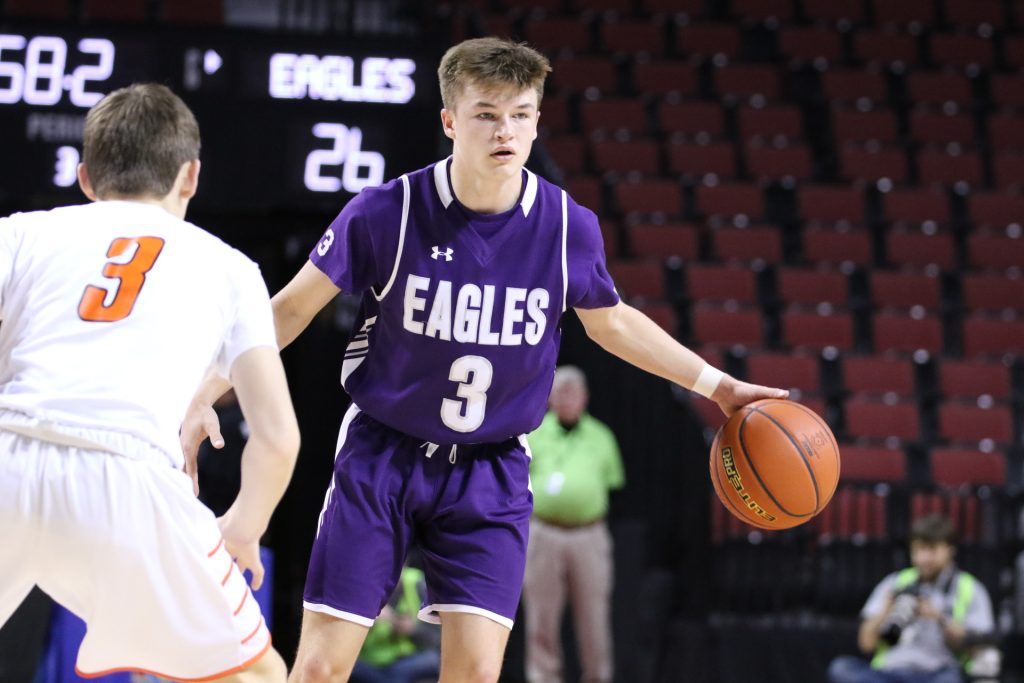 LINCOLN – It was a quite a run for the Southern Valley Eagles at the state tournament, however the championship game will be a bitter pill to swallow, but in the end, a 21 win season comes to an end at the state championship as the Eagles lost 76-31 to Laurel-Concord-Coleridge.

It was a perfect storm . . . the red hot shooting of an opponent and your cold shooting make for a long game. Unfortunately, for Southern Valley, the storm rolled in on Championship Morning at Pinnacle Bank Arena. From the opening moment when the Bears Ty Erwin hit a three pointer from the wing there was a feeling that this was going to be a different sort of game for the Eagles.

The high scoring Bears had been on their game all tournament, dominating Paxton and North Platte St. Pats.  That didn’t change on Saturday. Their shooting came at a torrid pace.  LCC shot 56% from the floor and  were 8-11 from three-point range. Their prolific scorer, Noah Shutte, had another great game going for 25 points, after scoring 28 points against St. Pats.

Carter Bose led the way for Southern Valley scoring, 13 points. The Eagles finish the season at 21-6.