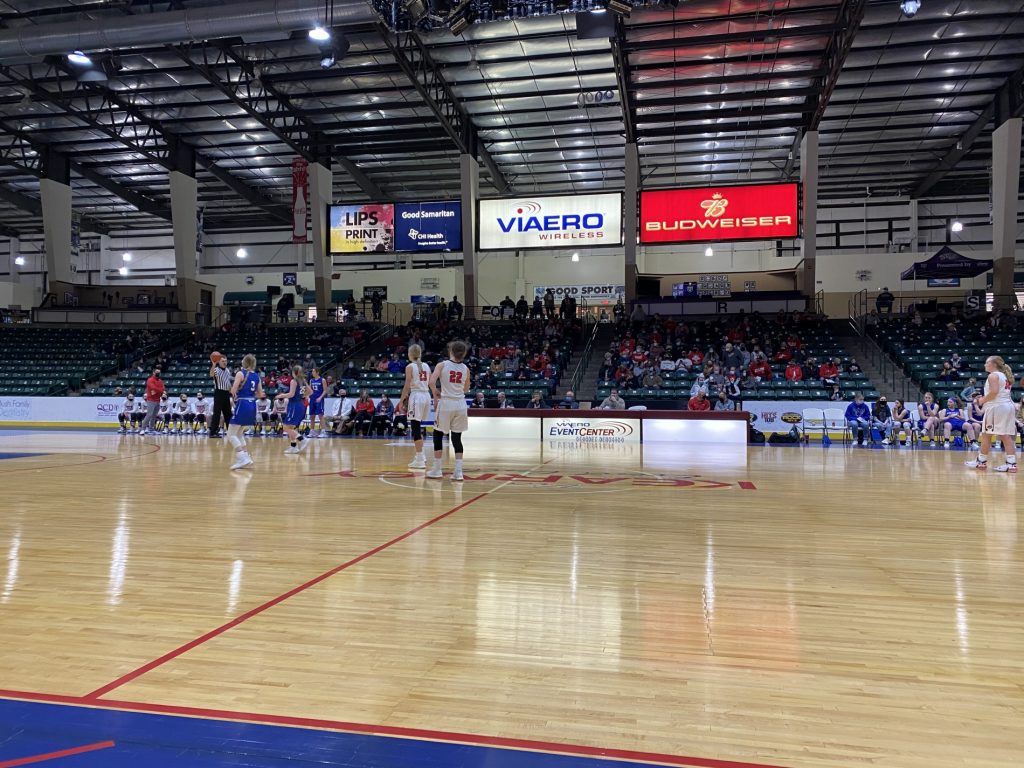 KEARNEY – It will be a rematch of the 2020 Fort Kearney Conference girls championship game on Saturday after both Pleasanton and Loomis came away victorious on Thursday night.

In a defensive battle, Pleasanton (19-1) pulled away late to beat Overton (16-4), 41-31. After a tied first quarter and a combined nine points scored in the second period, neither team could take control due to feisty defensive play. Turnovers and missed free throws proved to be detrimental for Overton. The Eagles gave the ball away 21 times and only converted 6-13 free throws. Pleasanton was led by Chelsea Fisher’s 11 points, six rebounds and four blocks. Natalie Siegel scored 10 points. The Bulldogs stole the ball 17 times while only giving the ball away eight times. Rachel Ecklund and Haley Fleischman each scored eight points. Fleischman added 12 rebounds in the losing effort.

Loomis (11-9) held on to beat Elm Creek (12-4), 47-46 despite missing late game free throws. In a game that saw each team swap leads throughout, it came down to missed late game opportunities. Down by one within the last 90 seconds, Elm Creek had two open three point attempts to take the lead and came up empty both times. The Wolves also had opportunities to put the game away with last second free throws, but failed to convert. Despite turning the ball over 15 times, Loomis followed the lead of Alexis Billeter who scored 19 points and finished with 17 rebounds. Carly Stewart chipped in nine points in the victory. As a team, the Wolves went 2-5 from the free throw line. Elm Creek had three different players score in double figures in the loss. Lani Meier finished with 15 points after converting three treys. Ashley Brown scored 11 points and Whitney Bauer chipped in 10 points and six steals. The Buffaloes turned the ball over 11 times and went 10-13 from the charity stripe.

Pleasanton will try for their fourth straight FKC championship title. The Bulldogs beat Loomis, 54-46 in last years title game. Tip on Saturday from Kearney is set for 6 p.m. Listen on 880 KRVN.