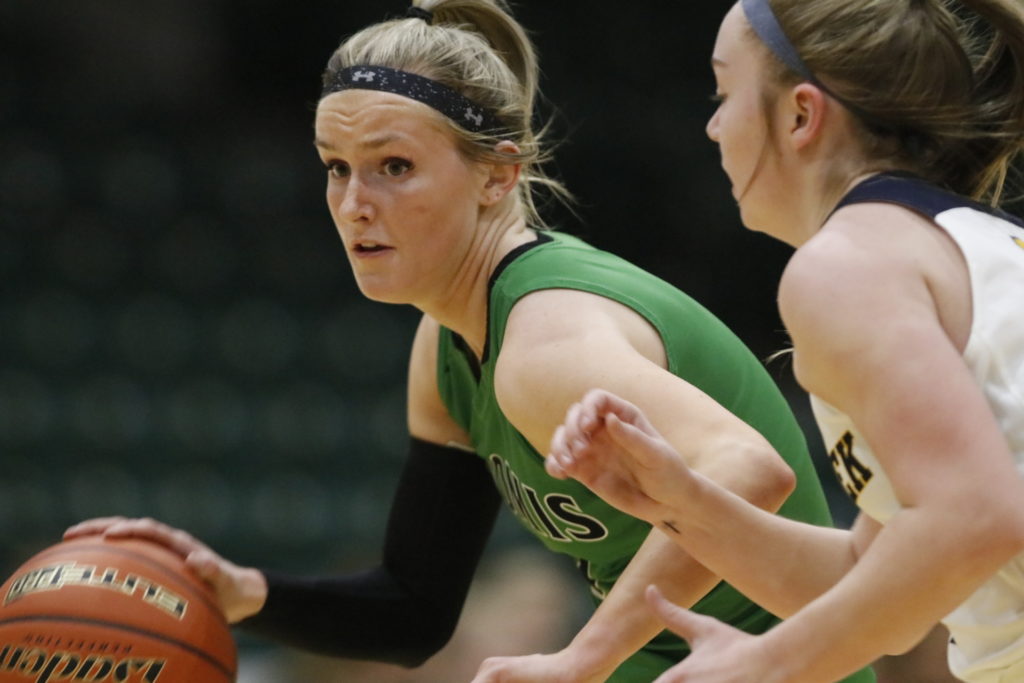 KEARNEY – The Pleasanton girls will get the chance to win their third straight FKC championship on Saturday after defeating Overton, 56-42. Meanwhile, unlikely Loomis will look to knock off the Bulldogs after a 64-46 win over Elm Creek Thursday night.

Pleasanton led from start to finish in their convincing win over the Eagles in the FKC semifinals. The Bulldogs used a balance offensive attack that saw six different players score with a majority of their success coming in the paint. The defense was just as good, holding Overton off the board for the first three and a half minutes of play and just 17 first half points. Pleasanton also forced 23 turnovers. Kaci Pierce led all scorers with 20 points while Isabelle Paitz chipped in 16 points.

Much like the Pleasanton/Overton game, Loomis led from start to finish. The Wolves jumped out to an 18 point first half lead on balanced scoring as all five starters scored. The two teams had contrasting styles as Loomis spent much of the game scoring in the lane while Elm Creek hung out around the three point line.

Despite being down by double digits most of the contest, the Buffaloes made a comeback in the second half to pull within two points. However a 20-4 fourth quarter by Loomis would prove to be the difference.

Elm Creek was led by Whitney Bauer’s 15 points behind three treys. Ashley Brown contributed 11 points in the losing effort. The Buffaloes turned the ball over 16 times, nine in the second half.

Pleasanton and Loomis will play in the FKC title at 6:00 p.m. on Saturday while Overton and Elm Creek tip at 2:00 p.m.