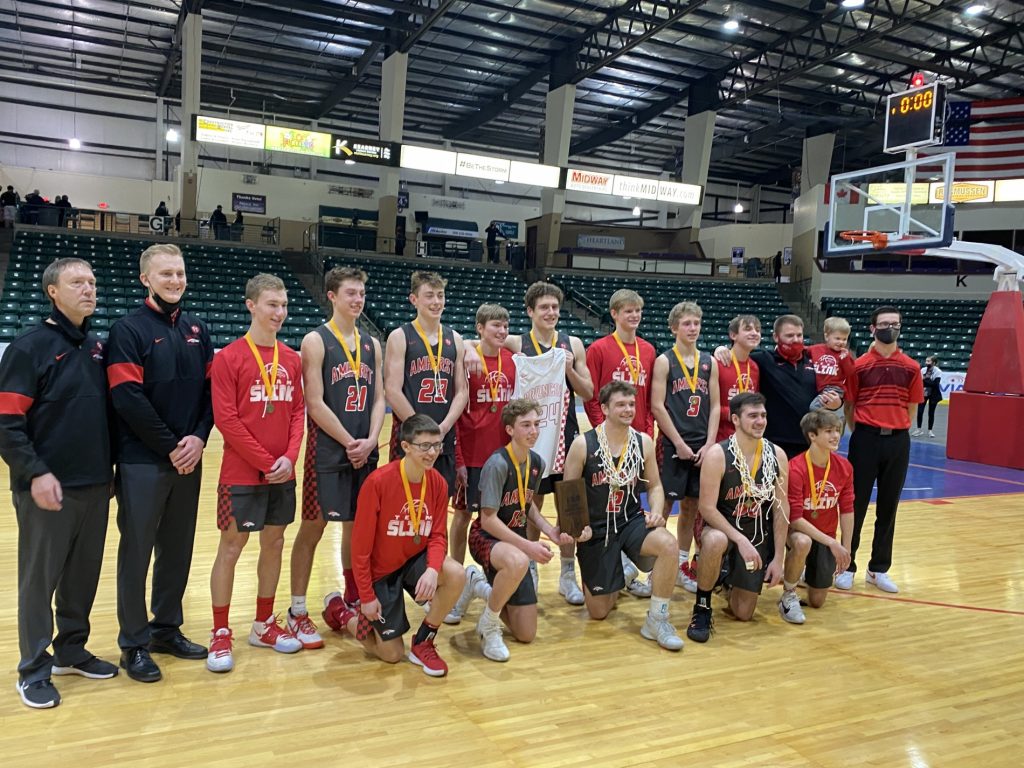 It was business as usual for the Pleasanton girls, using a combination of feisty defense and quick transition buckets to down the Wolves. Loomis never scored more than nine points in a quarter and turned the ball over 32 times in the loss. Meanwhile, the Bulldogs scored at least 12 points in every period while three different starters scored in double figures. Pleasanton was led by Natalie Siegel and her 18 points. Kaci Pierce chipped in 13 points on 6-6 shooting from the free throw line and Isabelle Paitz scored 11 points. Alexis Billeter scored the first eight points for Loomis and finished with 14 in the losing effort. The Wolves placed second in the conference tournament for the second straight year.

Amherst grabbed an early 12 point lead, but watched it slip away as Ansley-Litchfield rallied to eventually take a 14 point second half lead. The Broncos struggled to score in the second and third quarters as they were outscored in those periods, 33-12 by the Spartans. The fourth would then be dominated by Amherst senior Tanner Thomsen. He would go off for 17 points in the quarter behind five three pointers. His effort kept the Broncos in the game before teammates Tayje Hadwiger and Ethan Eloe each scored baskets in the final seconds to grab the lead for good. Despite the second half lead by Ansley-Litchfield, late turnovers would hurt the Spartans down the stretch. Thomsen would finish 21 points to lead all scorers. Scout Simmons finished with 12 for Amherst while Hadwiger score another nine. The Broncos turned the ball over nine times and went 12-18 from the free throw line. Ansley-Litchfield saw four Spartans score in double figures led by Tycen Bailey’s 16 points. Bailey also converted 8-9 free throws. Calvin Finley scored 12 points while Caden Holm and Jackson Henry each scored 10 points in loss. Ansley-Litchfield turned the ball over 13 times and went 17-19 from the free throw line. For the second straight year, Ansley-Litchfield places second in the FKC tournament.