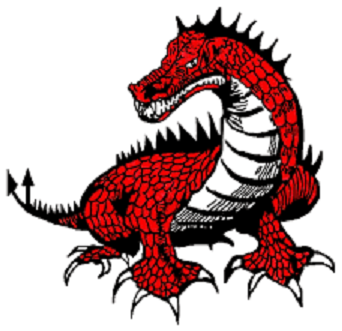 The Pender Boys are under new leadership as former player Mitch Mailloux takes over the program, replacing Sean King.

Mailloux played 3 years of basketball at Doane under Jim Weeks, and spent two years as a Boys Assistant at David City prior to coming back home to Pender.

Mailloux says the team won’t be very deep, but does have some freshmen who could step up and contribute some.

Mailloux is no stranger to working with these kids. “When I was in high school I coached some of these guys in little kids basketball league and youth football league and stuff like that so it was kind of cool getting to coach them again at the high school at the varsity level.”

Mailloux says the Pendragons are trying to develop a winning culture. “I’ve told the kids since Day 1 when I got here that the biggest challenge we’re dealt with right now is changing the culture…winning basketball games, winning close games. Figuring out how to win basketball games isn’t something that Pender’s been known for here lately. We play hard, but we haven’t won a ton.”

The Pender Boys Basketball Team looks to turn things around.

Pender opens up the season at 2019 C-2 State Qualifier Wakefield on December 5th.

Mailloux says Pender will be familiar with the Pirates and Blue Devils prior to the postseason. “We’ll see Emerson-Hubbard and Wynot both during the regular season, which may be a good thing, may be a bad thing. I’m excited to get a chance to see them during the year.”

Mailloux says Randolph is always a very good basketball team and Winside is rising, adding the Sub-District should be competitive.

Click here to listen to Interview with Coach Mailloux

The Pender Girls Basketball Team looks for a breakout season this year given all the talent they bring back.

Hoffman says the team has a large freshmen class of 13 girls out for the team this year.

Michaela Wegner was a key player lost from last year.

Hoffman says the offseason went well. “We’ve always participated over at the Wayne State Summer League, so we went over there. We were really successful there and gained some confidence. Went to some day camps, went down to Wahoo, played some good competition there.”

Hoffman says the team also went down to UNK.

The Pender Girls look for a big season this year.

The Pendragons open up the season at Wakefield-Allen on December 5th. “I know they got a new coach and so it’ll be interesting to see what he decides to go with those girls so we have to be ready for everything. I guess man, zone, whatever they’re going to run. It should be a fun game. It always is.” Hoffman said.

Hoffman says the team hopes to get a shot at the Knights. “You look at Bergan and obviously they’re the team to beat in the Sub-District there. And I know they lost a couple of key contributors last year when I was down at State Watching them that were pretty good basketball players. I know they’ll reload, but I think our girls kind of have our eyes set on playing them at some point during the season.”

Hoffman says the girls have set some high expectations for themselves, including coming together as a team.

Click here to listen to Interview with Coach Hoffman