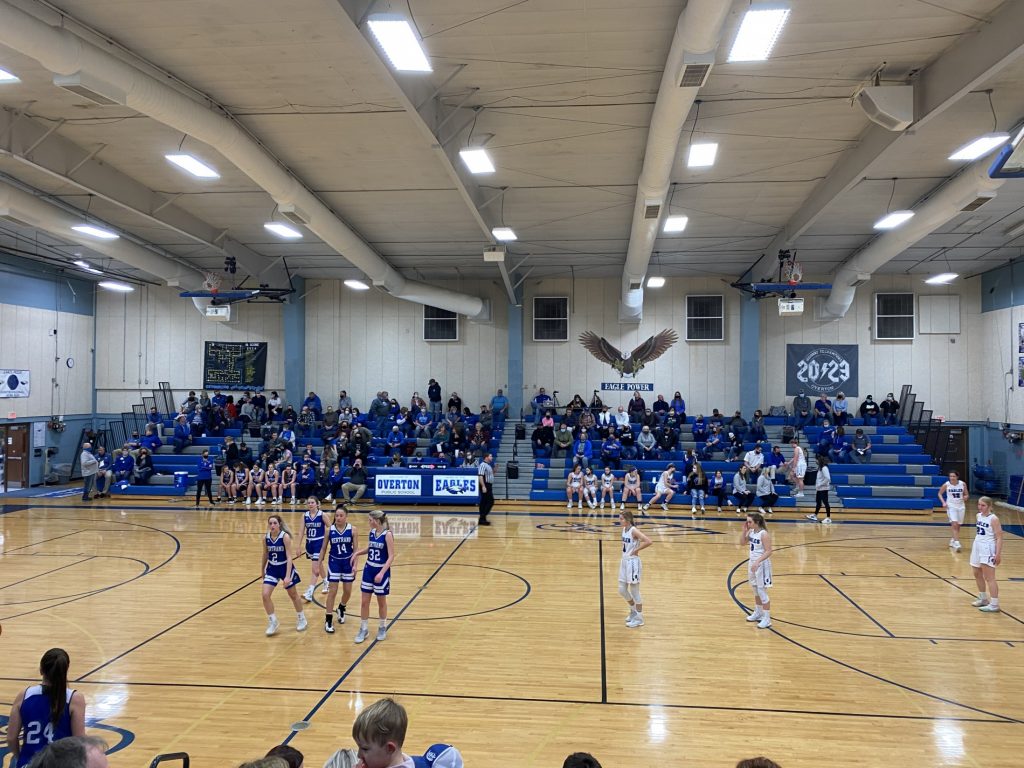 OVERTON – The Overton and Bertrand basketball teams each grabbed wins on Saturday. In the girls game, Overton (12-2)  extended their wining streak to seven with a 40-25 victory. Bertrand (8-4) boys used a big second quarter to pull away from the Eagles and take the road win, 64-33.

Seven different players scored for the Overton girls in their fifth straight victory over Bertrand (3-9). The Eagles held the Vikings to two points in the second quarter, however Overton didn’t score any points in the fourth quarter. Turnovers plagued Bertrand as they gave the basketball away unofficially 23 times. Ella Luther led Overton with nine points. Rachel Ecklund and Addison Luther each contributed eight points. They struggled at the free throw line as a team, shooting 6-17. Bertrand was led by Trista Callahan’s nine points, all coming from three point land.

The boys game saw a competitive first quarter, however Bertrand pulled away after the end of the second period after outscoring the Eagles, 17-2. The Vikings found success from distance, knocking in nine three pointers. In a balanced offensive attack, three separate Bertrand players scored in double figures. Chonsey Bieker and Jarret Bieker each scored 14 points. Chonsey converted on four three pointers while Jarret hit two. Jonah Nelson scored 13 with nine assists in the win. As a team, Bertrand turned the ball over 19 times and went 7-19 from the free throw line. Overton saw Wyatt Ryan go off in the third quarter, scoring 12 points before finishing with a game high 22 points in the loss. Ryan struggled to find help as Caleb Svarvari and Braden Fleischman were the next top scorers, each with four points. Unofficially, the Eagles gave the ball away 25 times and went 8-12 form the free throw line.

Up next, Bertrand will host Maywood Hayes-Center on Thursday while Overton travels to Hi-Line on Tuesday.

Listen to the podcasted version of the games below.