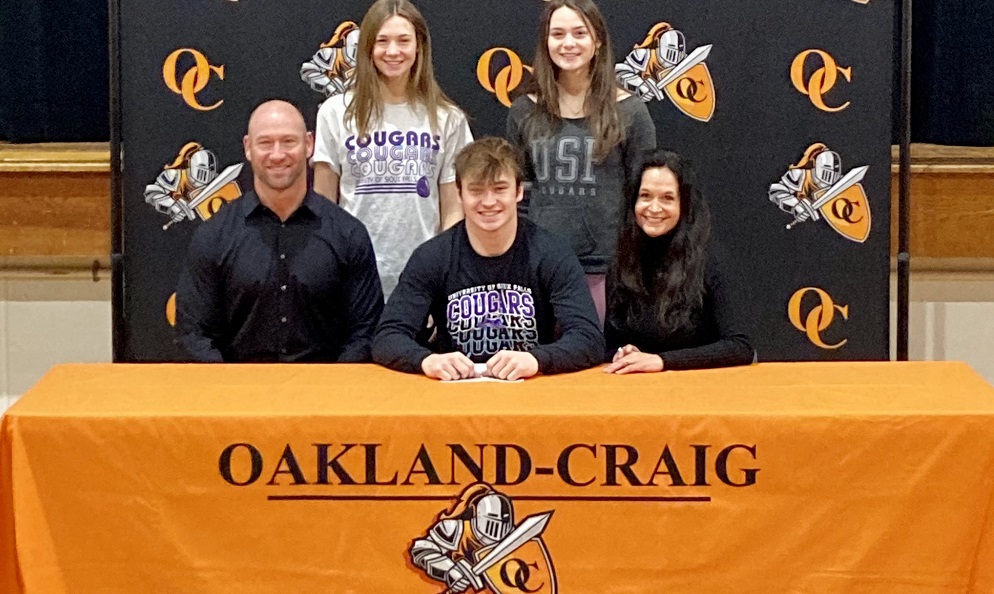 Oakland-Craig senior Caden Nelson has signed his letter of intent to play football for the University of Sioux Falls, an NCAA Div. II program.

Nelson says that getting the opportunity to play college football is a dream come true.

Nelson goes on to talk about how he ended up choosing Sioux Falls.

His other top choices were Augustana, Morningside, and Hillsdale.

Nelson will play linebacker for the Cougars and plans to double major in Entrepreneurial Studies and Business Management.

Oakland-Craig football has had a lot of success during Nelson’s high school tenure, including a couple of deep playoff runs, and a state championship in 2019.

Nelson talks about what he’s liked the most about his time at Oakland-Craig.

Caden Nelson is the son of Merritt and Dannika Nelson.