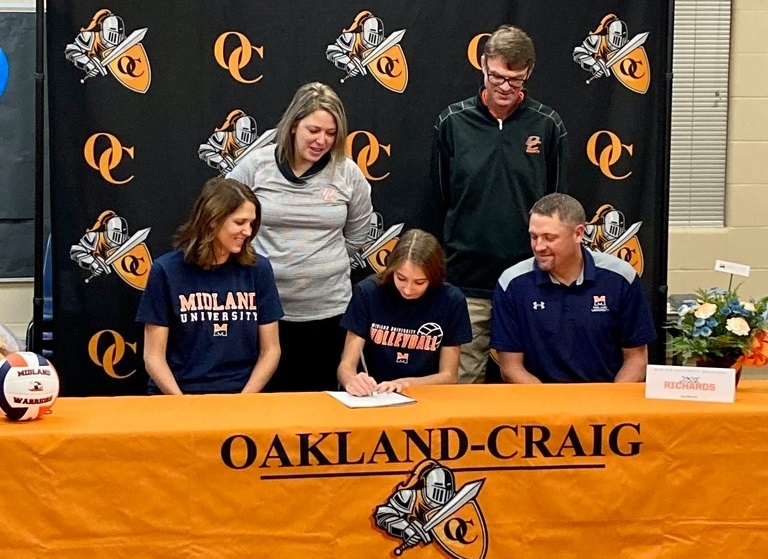 In December, Oakland-Craig senior Josie Richards committed to the volleyball program at Midland University in Fremont.

Richards said she always wanted to play volleyball in college, and talks about the recruiting process.

“I had always been looking to play collegiate. My aunt played at UNO and my mom played at Midland, so definitely something I wanted to do,” Richards said. “Some of the colleges that were interested were Doane, Hastings, Sterling, which is located in Kansas, Central Community College and Southeast Community College.”

Richards went on to explain what drew her to Midland.

“It was definitely the family feel. Some of these I didn’t get to visit in person, which was kind of a bummer, but when I went up to Midland, it just felt like home,” Richards said. “The coaches were super nice. I met with some of the players and they were all super helpful.”

Richards, who played setter for Oakland-Craig, will continue to play the same position for the Warriors. In her senior season, she handed out 843 set assists, while also recording 226 digs, 44 blocks and 27 ace serves.

Richards is the daughter of Kate and Terry Richards, and plans to major in Exercise Science with a minor in Athletic Training.