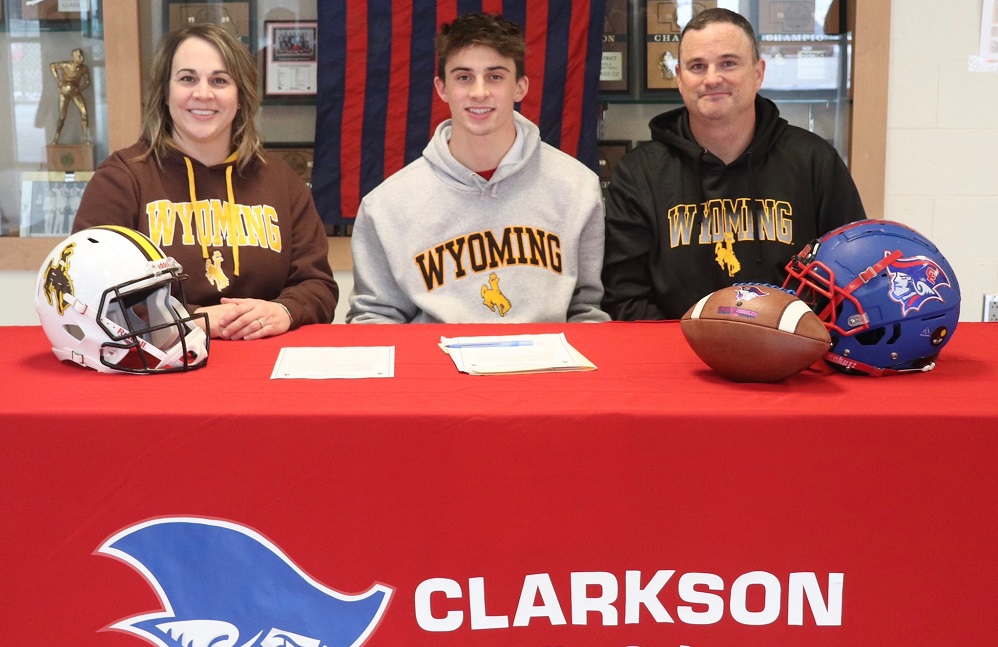 Whatever you wanna call him, despite being limited by injuries during his high school career, Clarkson/Leigh’s Tommy McEvoy has already made a huge impact on football.

McEvoy’s talent has officially landed him in the ranks of Division I college football, as he announced in mid-December that he will walk-on to the football program at the University of Wyoming.

“After my sophomore season, the coach, Aaron Bohl at Wyoming recruited me pretty hard. I just just really looking forward to putting down some film this year, but I only got a game and a quarter down unfortunately,” McEvoy said. “But I just got along really well with Coach Bohl and I like what they’re doing down there, and it seems like it will be a pretty good fit for me.”

During his sophomore season for Clarkson/leigh, McEvoy rushed for 1,708 yards, while accumulating 1,934 all-purpose yards, earning him First Team All-State i Class D2.

While primarily known for his running abilities, McEvoy will play defense for the Cowboys.

“I’m probably more of a defensive guy. I just love flying around and hitting people,” McEvoy said. “Being at that linebacker spot, you kinda have a couple responsibilities in the pass game and also on the run stop. So, you know, I’m just looking forward to flying around on the field.”

McEvoy missed a portion of his freshman season, his entire junior year, and all but two games from his senior year due to a couple of ACL injuries.

But, McEvoy says he is doing well, rehab is ahead of schedule, and he is looking forward to his future at Wyoming.