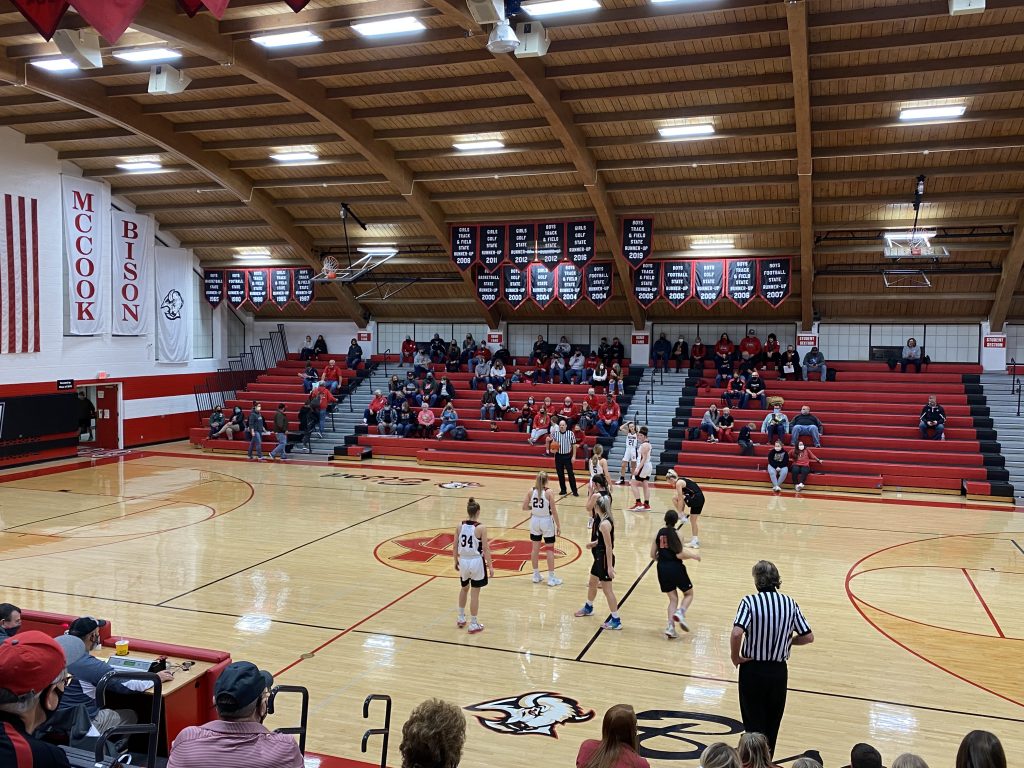 MCCOOK – The McCook girls and boys basketball teams had to battle for wins Thursday night over visiting Lexington. The McCook girls staved off the Minutemaids, 50-44 while the Lexington boys missed shots to tie or take the lead late and eventually fell the Bison, 51-47.

The girls game saw Lexington (2-11) struggle offensively, missing numerous open shots throughout the game which in the end would be their demise. McCook (6-10) grabbed an early first quarter lead as Sierra Kotschwar dominated in the paint, scoring eight points. Lexington would eventually slow her down. Each time the Minutemaids would battle back to potentially tie or take the lead, the Bison always had an answer. McCook saw Shawna Wilkinson score a team high 21 points and converted 7-9 free throws in guiding her team to the victory. Kotschwar finished with 13 points while Tiara Matson scored nine. Sarah Treffer dominated offensively for Lexington, scoring 22 points and converted 8 of 10 free throws. Mia Rowe finished with eight points in the loss. With the loss Lexington has now lost 11 straight.

Missed shots in the last 30 seconds of the game doomed Lexington (2-10) as they had two opportunities to either tie or take the lead, but both times came up empty. Turnovers also plagued the Minutemen, giving the ball away 19 times. Threes became a factor in the game as each squad knocked in six three pointers. McCook (8-7) was led by their bench as Adam Dugger scored  a team high 15 points and converted three treys. Mark Arp contributed 12 points behind three behind the arc. Lexington was led by Austin Friedrichsen’s 12 points. Isaac Scharff and Kaden West each scored nine points. The Minutemen have now lost eight straight games.

Up next, Lexington travels to Cozad on Thursday. We’ll air those games on KAMI Country. McCook hosts North Platte on Friday.