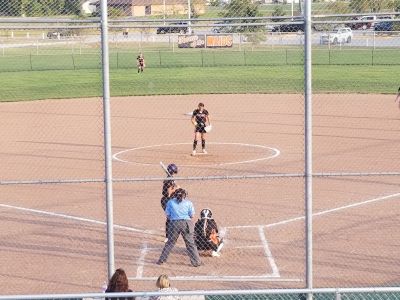 Lexington continued its run of strong play as the Minutemaids downed Holdrege on Monday night 9-2 to improve to 10-12 on the season. The Minutemaids have now won five of their last six games. Lexington scored in every inning but the fifth against Holdrege starter Faith Rayburn. Holdrege tied the game at two in the top of the 3rd before Lexington scored the last seven runs of the game.

McKinna Moats collected a couple of hits and drove in two runs for the Minutemaids. Alyssa Winter also had two hits and an rbi. In the sixth inning, Klair Fagot hit her 8th homer of the season as she also had two hits on the night. In the circle, Amaya Stewart improved to 3-0 on the season allowing two runs on seven hits, striking out two and walking none. She was also helped out as Holdrege hit into three double plays. The Dusters who dropped to 8-13 on the season were led by Grace Borden who doubled in the the second.