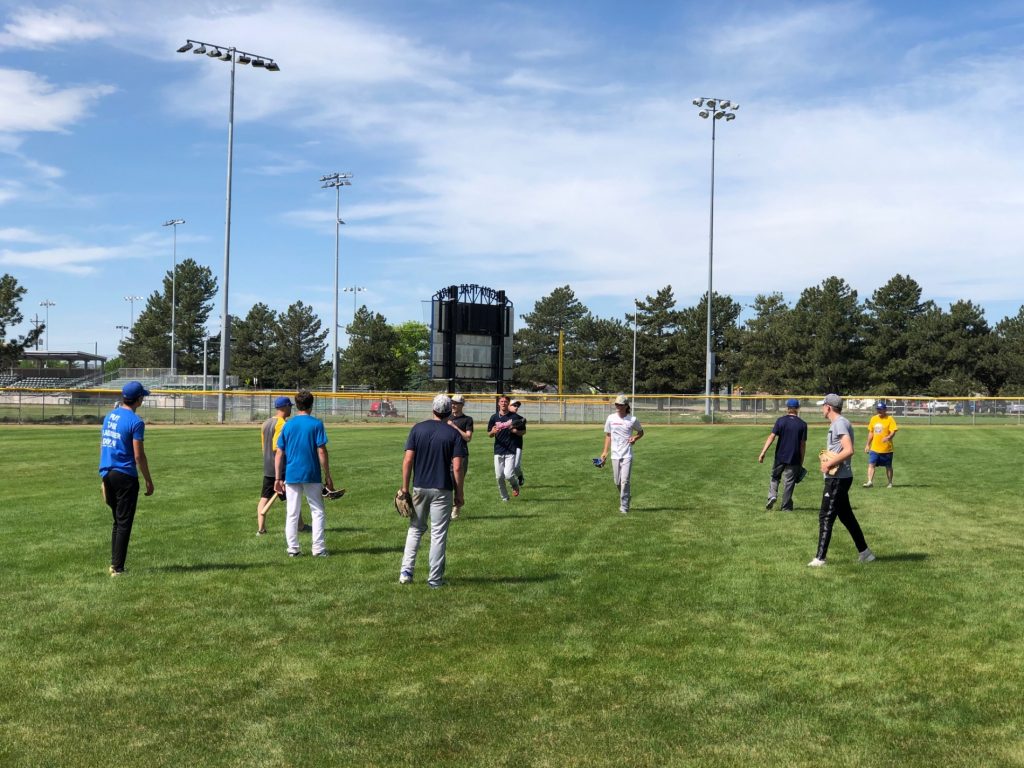 Monday brought with it the start of June and the start of legion baseball practice for teams across the state.

And after thinking that their might not be a season due to COVID-19, yeah it’s safe to say even practice had everyone excited.

The first stop Monday was over at Oregon Trail Park where the Gering program was holding their first official workout. Head Coach Rick Kinnaman on where the focus needs to be for his team this first week of practice.

June 1st was the first day practice was allowed and now teams have just under three weeks to get ready for opening day, which is scheduled for Thursday, June 18th.

Once the go-ahead was given by the state for legion ball to be played this summer then coaches had to scramble to keep their schedules in place as much as possible while also juggling new dates and opponents to try and play as many games as they can for the month and a half campaign.

Gering will open up with a junior/senior doubleheader at home against Ogallala on the 18th.

Cleveland Field in Scottsbluff is also a busy spot this week with the WESTCO program holding tryouts for the Zephyrs and Express this week. WESTCO will also field a third team this summer comprised of younger players.

With all the guidelines that will be put in place for this summer there will be more work for coaches, players, board members, and really anyone that’s involved with the program but Head Coach Jeremiah Luber says just the opportunity for the kids to get out and play will make it all worth it.

Another key topic goes back to those guidelines; what will things look like for fans at the ballpark this summer?

The Z’s will be traveling for their season opener on the 18th as they visit Wheatland. The Express juniors will open up the season on the 20th (Saturday) with a road triangular scheduled with Buckley and Fort Morgan.