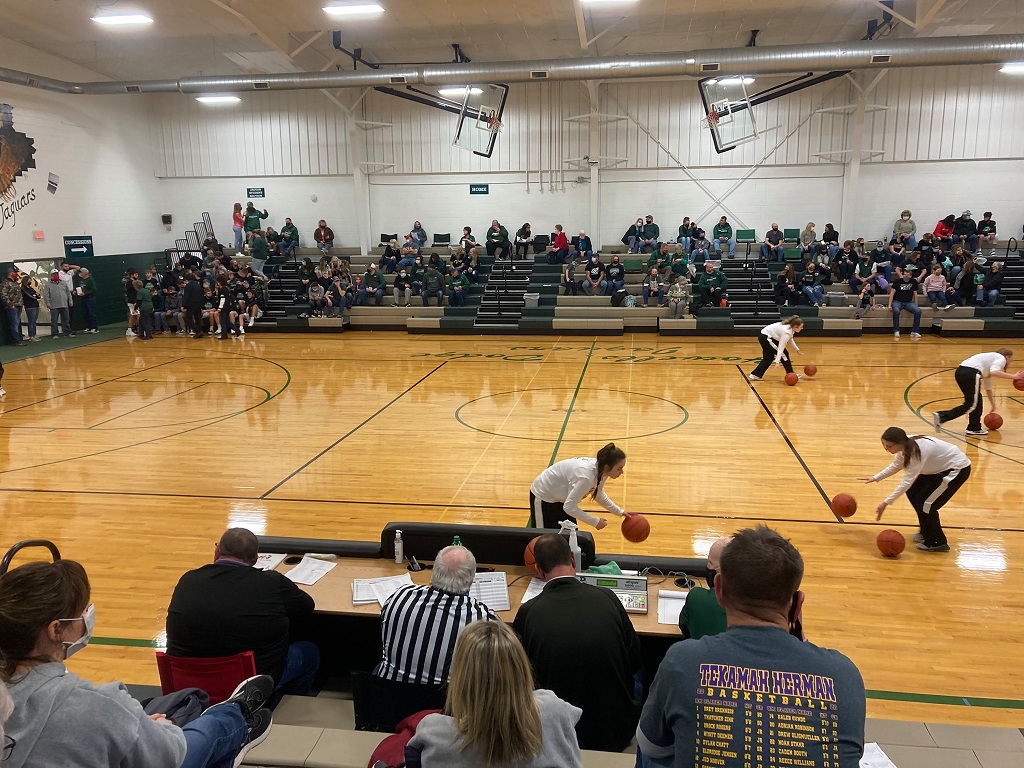 DODGE – The Howells-Dodge and Tekamah-Herman Boys and Girls Basketball Teams got together for a Doubleheader in Dodge Friday night in action aired on 107.9 the Bull with the Jaguars taking both contests.

In the girls game, the Tigers went up 2-0 before Howells-Dodge went up 12-8 at the end of the 1st quarter.

Howells-Dodge led 38-34 after three and then pulled away in the 4th quarter, outscoring the Tigers 15-3 in the period.

The final score was 53-37 in favor of the Jaguars.

Janessa Schmidt had a game-high 19 points for Howells-Dodge while Abbey Pieper chipped in 9.

The Tigers, who have now lost seven in a row, fall to 3-13 on the season and host Omaha Mercy Tuesday night. The Jaguars, who have now won three straight and four out of their last five, improve to 9-7 and travel to Pender on Saturday.

The Jaguars outscored Tekamah-Herman 18-11 in the 2nd quarter to take a 33-17 lead into the locker room.

Howells-Dodge won the 3rd quarter 13-8 to increase their advantage to 46-25 at the end of three.

Howells-Dodge’s RJ Bayer had 16 points to lead all scorers while Blake Sindelar and Lance Brester were also in double figures with 14 apiece. Aandy Dominguez chipped in 8.

Brock Rogers had a team-high 13 points for Tekamah-Herman while Kaleb Quick posted 7.

The Tigers, who have now lost five in a row, fall to 4-11 on the season and are off until the East Husker Conference Tournament. The Jaguars improve to 11-4 on the season and take a 10-game winning streak into Pender on Saturday.