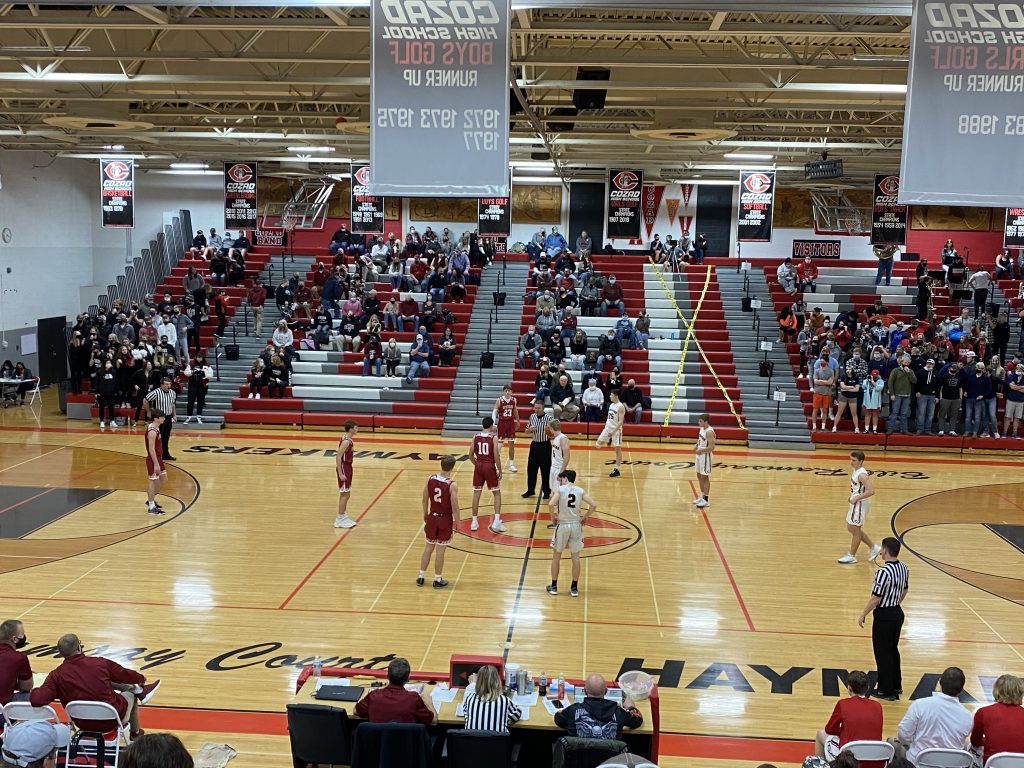 COZAD – It was a sweep for the Gothenburg girls and boys basketball teams Thursday night in Cozad. The Swede girls won comfortably, 49-17 while the Gothenburg boys held off a late surge by the Haymakers, 51-38.

In the girls game, Gothenburg (8-4) led from start to finish due to a combination from balanced scoring and stealthy defense. The Swedes forced 27 unofficial turnovers while holding Cozad (2-12) to less than seven points in each quarter. Annica Harm led Gothenburg with 15 points while Clara Evert scored 11 and Kynlee Straser scored 10. As a team, they converted 11 of 12 free throws while committing nine unofficial turnovers. Along with the many turnovers, Cozad struggled to score offensively. Megan Dyer and Taylor Howell each scored five points a piece. The Haymakers also struggled at the charity stripe, going 8-17 overall.

For the first time since February 2017, the Gothenburg (2-10) boys were able to come away victorious  against their rival, ending a four game losing streak. Cozad (5-8) started hot behind eight straight points from Jacob Weatherly, but a defensive adjustment by the Swedes spelled doom for the Haymaker offense. Gothenburg switched to a zone defense from man, and Cozad had no answers. Along with the defensive switch, Gothenburg used their length to their advantage. 6’2 Trey Stevens and 6’4 Bronson Long each came away with their fare share of steals and rebounds throughout the night and built a 15 point lead. Long led Gothenburg with 14 points and five steals. Stevens chipped in 11 points behind two treys and Bennett Geiken scored 10. As a team the Swedes converted 6-12 free throws. Weatherly led Cozad with 21 points in the losing effort. Jacob Engel scored seven. The Haymakers turned the ball over 15 unofficial times.