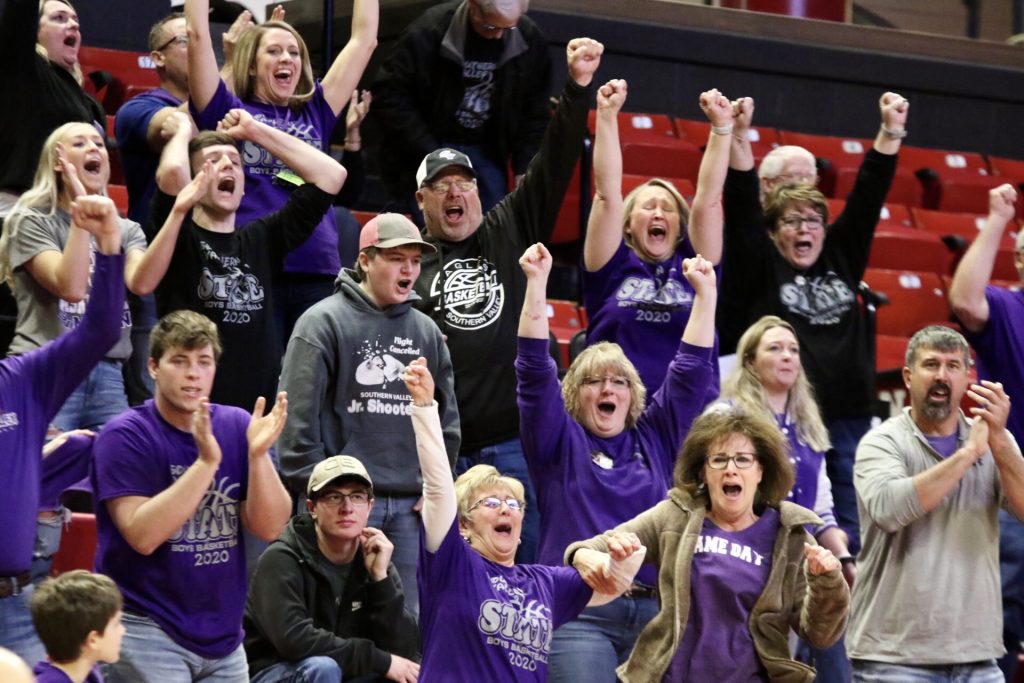 LINCOLN – The Southern Valley defense continued it’s dominance of the D1 state tournament shutting down Humphrey/Lindsay Holy Family 47-39. The Eagles advance to the state championship for the first time since 2013 win they won it all.

The Bulldogs came into the game averaging 64 points a game. However, just like Osmond, Southern Valley’s first opponent at state, the Eagles defense was up to the task. Allowing the 25-3 Bulldogs just 15 points in the first half.

The game was hardly ever in doubt. However, at the beginning of the second half H/LHF got with in two points 23-21. Southern Valley Coach, Tyler Fincher settled his troops.  The Eagles then came out and returned the run, going up 30-21 and never looked back. Southern Valley’s defense stifled the powerful inside game of the Bulldogs lead by the Sjuts brothers.

The Eagles have dispatched two Northeast Nebraska powers in Osmond and H/LHF, they will now take one more as they face the Laurel Concord-Coleridge Bears for the state championship Saturday morning at the Pinnacle Bank Arena. Saturday’s title game can be heard on 93.1 KRVN FM and krvn.com.