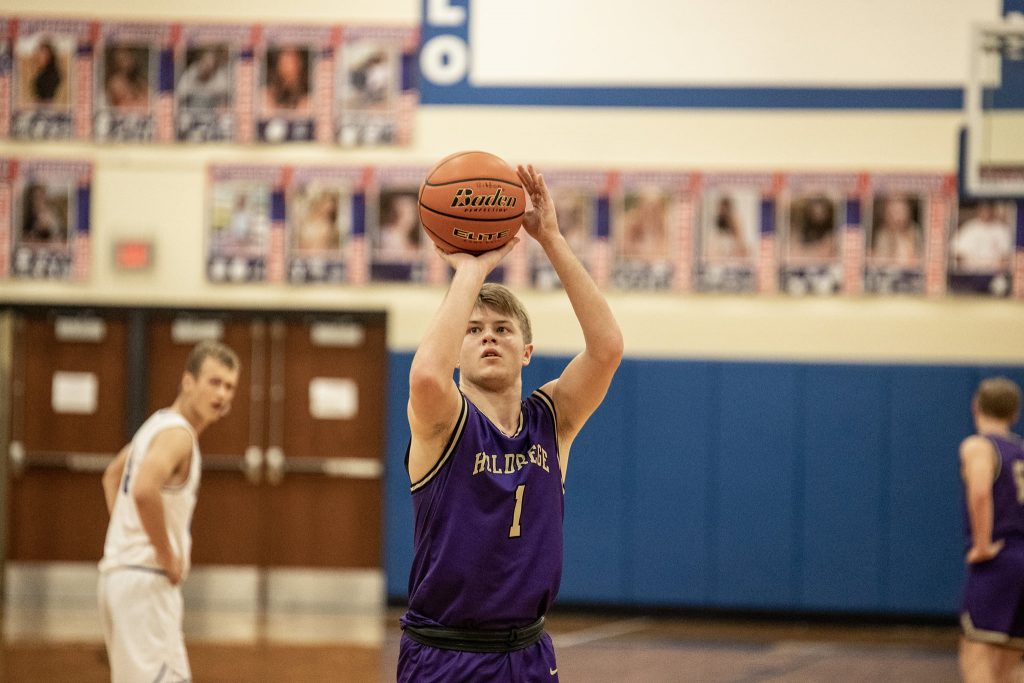 COLUMBUS – An even matchup heading into the Central Conference first round contest between Holdrege and Columbus Lakeview lived up to its billing, as the Dusters won a thriller 60-57. Click here to listen to the broadcast.

Holdrege began to heat up in the second quarter as Edgren hit two three pointers, but Lakeview responded with scoring coming from Cooper Tessendorf adding 4 points at the free throw line and Mason Klug adding a second three pointer with a layup. Kolby Blaser also added a three pointer as Lakeview was able to lead into halftime 31-28.

Holdrege started off quickly getting Jackson Hinrichs opportunities to drive to the basket as he added 4 points in the third, while Hudson Reed erupted for 8 points nailing back-to-back three pointers from the corners. Holdrege was also able to limit what Lakeview was doing best, only allowing 7 points in the quarter and going on a 14-7 run as they led 43-39 entering the final quarter.

in the final quarter, it was the electric scoring of Hinrichs and Edgren that blew Holdrege past the Vikings: Hinrichs from downtown for three triples and Edgren hitting floaters along the baseline. The duo scored 15 of the final 17 Duster points.  Holdrege had to fend off Osten however, as he found his rhythm into the fourth quarter hitting 4 three pointers and adding a lay-in. With some sound defensive stops and not allowing a  last second opportunity, Holdrege escaped Lakeview with the win 60-57.

The #9 seeded Holdrege Dusters improve to 3-11 on the season and move to the second round of the Central 10 Conference Tournament as they face #1 Adams Central (15-1). The Dusters had contributions from Edgren with 20 points, Hinrichs added 18 points, Reed finished with 11 points, and Trace Anderson tallied 11 points.

The #8 Columbus Lakeview Vikings fall to 2-14 on the year, and await their matchup with #10 Lexington on Saturday at the Aurora Sports Complex. The Vikings had contributions from Osten with 23 points, 10 points added by Klug and Tessendorf, 8 points tallied by Blaser, and 6 points coming from Adam Van Cleave.