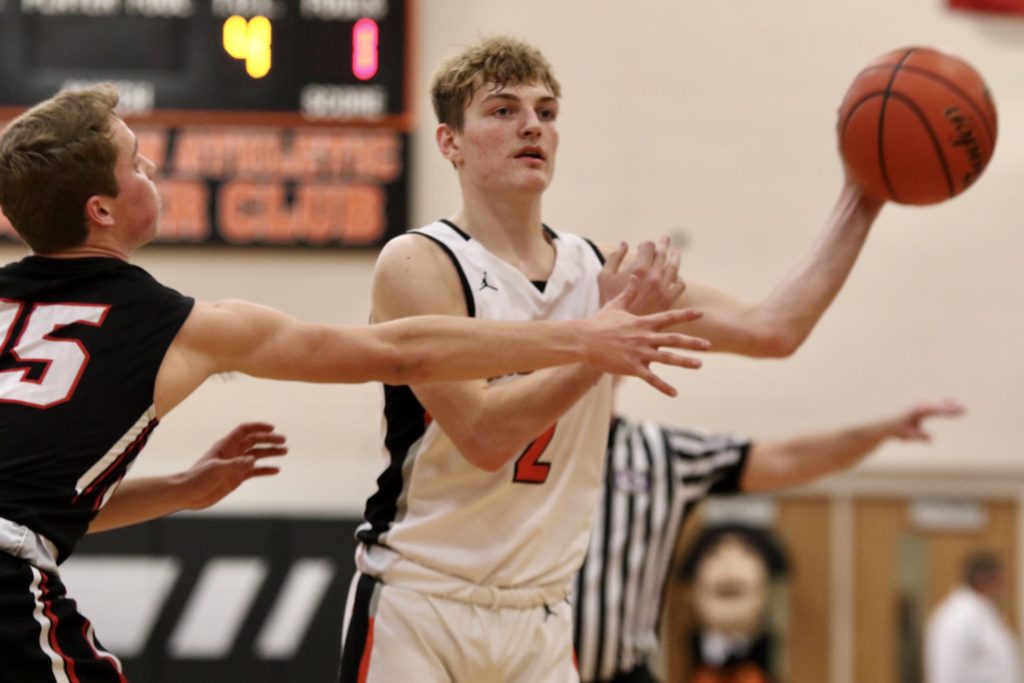 LEXINGTON – The Cozad and Lexington girls basketball teams played a gritty defensive game that eventually led to an overtime game where the Haymakers outlasted the Minutemaids 34-32. The boy’s game featured a less drama as the high flying Minutemen won 65-24.

In the girls game, both teams played good defense, which led to both teams struggling to score the ball. Lexington, coming off it’s first win of the year, led after the first quarter 7-6. The Haymakers extended out their 2-3 defense and limited Lexington to just two points in the second quarter. Cozad took the lead into half time 13-9.

The second half was almost even. Lexington ended up out scoring Cozad by four points, to send the game to overtime. Down by six and led by a flurry from Klair Fagot the ‘Maids came back to tie the game 31-31 at the end of regulation.

For Cozad, they were led after halftime by McKenzie Lee. She scored all of her 12 points after break. Her three-pointer in the overtime period was the difference as they won it by two points and held Lexington a single point.

The boys game was dominated from the opening tip bt the Minutemen over the young Haymakers. Lexington sprinted out to a 19-2 lead at the end of the first quarter.  The Minutemen defense was the catalyst all evening, forcing 21 turnovers from the disciplined Cozad team.

Nick Saiz, who is closing in on the all-time scoring record for LHS scored a modest 13 points to lead they way. Dylan Richman who is the all-time assists leader in school history (he passed his coach, Zach Jones in the leader board) added 11 points.  Cozad was lead by Paul Cole and Nolan Wetovick who each scored five points.