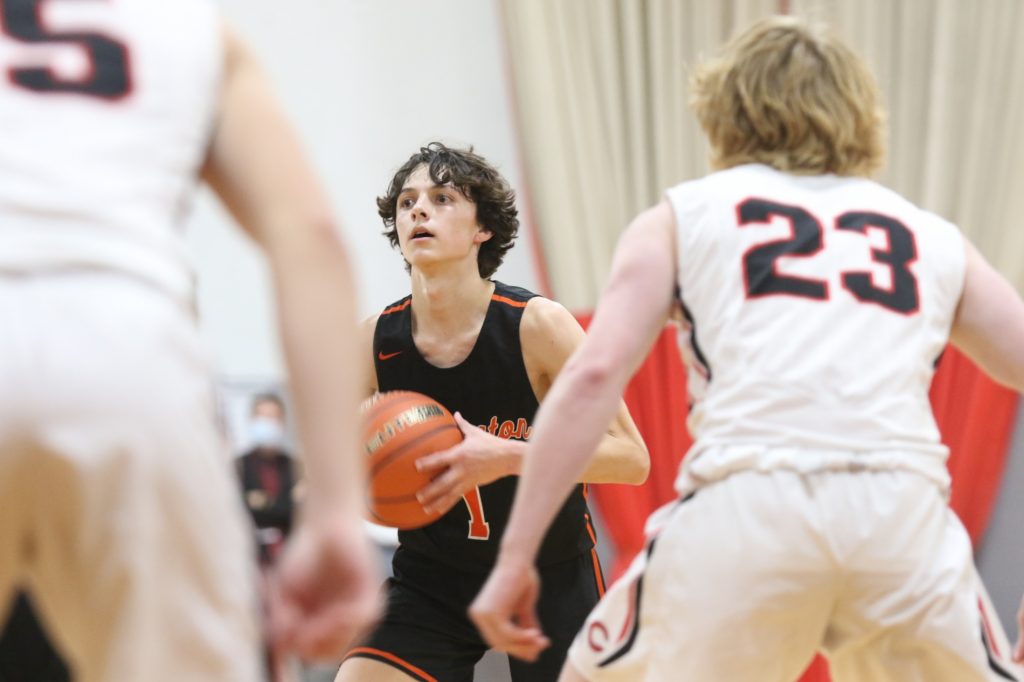 COZAD – In another version of the Dawson County rivalry between Lexington and Cozad each school secured a win Thursday night. In the girls game, the Haymakers held on to beat Lexington, 44-40 and in the boys game, the Minutemen rallied late to beat Cozad, 33-30.

The girls game came down to fourth quarter three pointers, where the Cozad Haymakers (3-13) cashed in four in the final period, compared to two by Lexington (2-12). Overall, each team converted five triples throughout the game. Despite grabbing an early lead in the game, the Minutemaids trailed a majority of the contest. A second half push put them within reach of getting the win, but Cozad’s Biz Tvrdy took over in the fourth period making three treys. She finished with 15 points. Karyn Burkholder scored nine points while Reagan Armagost and Tayler Chytka each chipped in six points. Despite forcing 21 turnovers, the Minutemaids failed to convert offensively. However, Sarah Treffer knocked in 15 points, hitting two triples. Kalli Sutton scored 10 points while Mia Rowe finished with nine. With the loss, Lexington’s losing streak extends to 12.

The boys game was more of a defensive battle with neither team scoring double digits in any quarter. Like the girls game, Lexington (3-10) took an early lead, but saw Cozad (5-10) control a good chunk of the game. Unlike the girls game, the Minutemen rallied back late in the third quarter to take the lead and never looked back. Lexington was led by Austin Friedrichsen’s game high 20 points as Cozad struggled to slow the senior. His size and ability to score in the paint proved to be too much for the Haymakers. Kaden West helped the Minutemen with five points. Jacob Weatherly led Cozad with 13 points behind three triples. Jacob Engel contributed six points. With the win, Lexington snapped an eight game losing streak.

Up next, Cozad hosts Holdrege on Saturday. Listen to the games on KAMI and KUVR. Lexington begins Central Conference Tournament play on Monday. The Minutemaids welcome Seward at 6pm while the boys will travel to Seward for a 6pm tip.