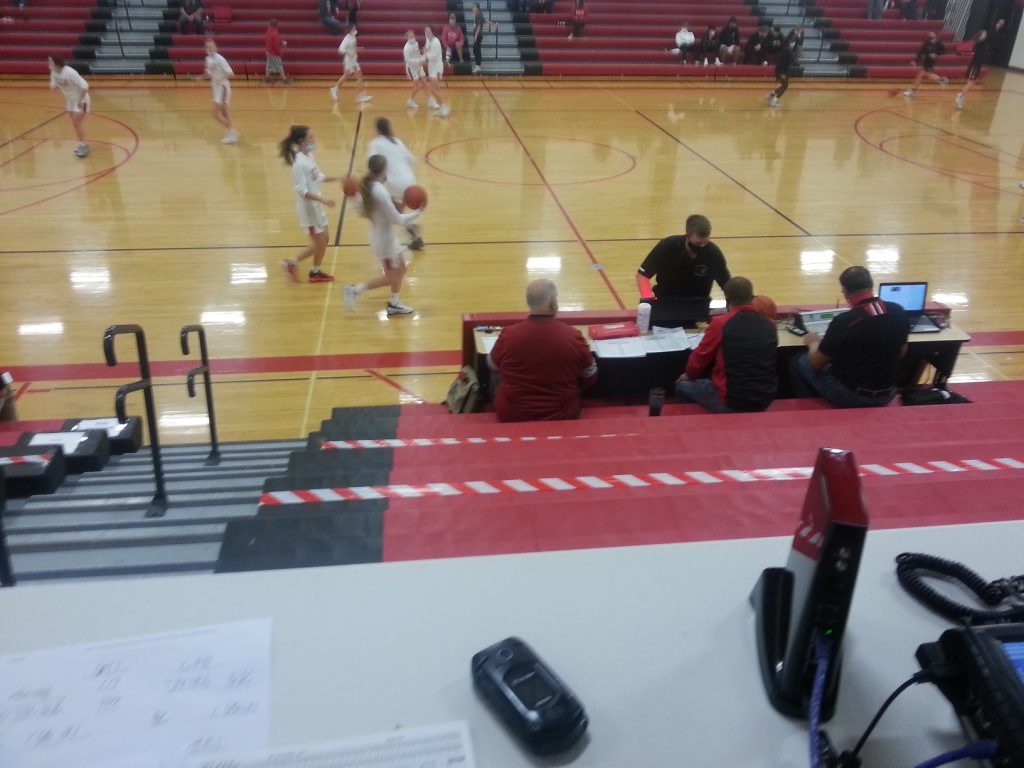 The West Point-Beemer Girls Basketball Team beat Omaha Roncalli 62-48 at home on Saturday in action aired on 107.9 the Bull while the Crimson Pride escaped with a 48-47 win in the boys game.

In the girls game, West Point-Beemer went on a 10-0 run to start the game. The Cadets led by as many as 21 in the 2nd half, and led by 20 on two separate occasions.

The Cadets’ Sidney Swanson led all scorers with 26 points while Rachel Groth added a dozen. Reece Snodgrass and Brooklyn Weddle were also in double figures with 10 apiece.

West Point-Beemer improves to 2-0 on the season and travels to Stanton on Tuesday. Omaha Roncalli falls to 1-1 and hosts Fremont Bergan on Tuesday.

In the boys game, the lead changed hands 8 times and there were as many ties as the Cadets gave the defending Class B Runner-Up Crimson Pride all they could handle.

West Point-Beemer led 15-13 at the end of the 1st quarter thanks to a buzzer beating three-pointer by Keegan Doggett.

The Cadets held a 26-25 halftime advantage, and the game was tied at 35 at the end of three.

The Cadets tied the game on a Miguel Perez free throw, but a foul with 3 seconds left in the game sent the Crimson Pride’s Jake Orr to the charity stripe where he converted 1 of 2 free throws to give Roncalli the win.

Doggett led all scorers with 17 points while Perez added 15.

The Crimson Pride were paced by Brady McGill, who had a team-high 16 points. Orr scored 11 while Austin Schwarz was also in double figures with 10.

West Point-Beemer falls to 0-2 and takes on Stanton on the road Tuesday while Roncalli improves to 1-0 and battles Boys Town on the road Thursday night.