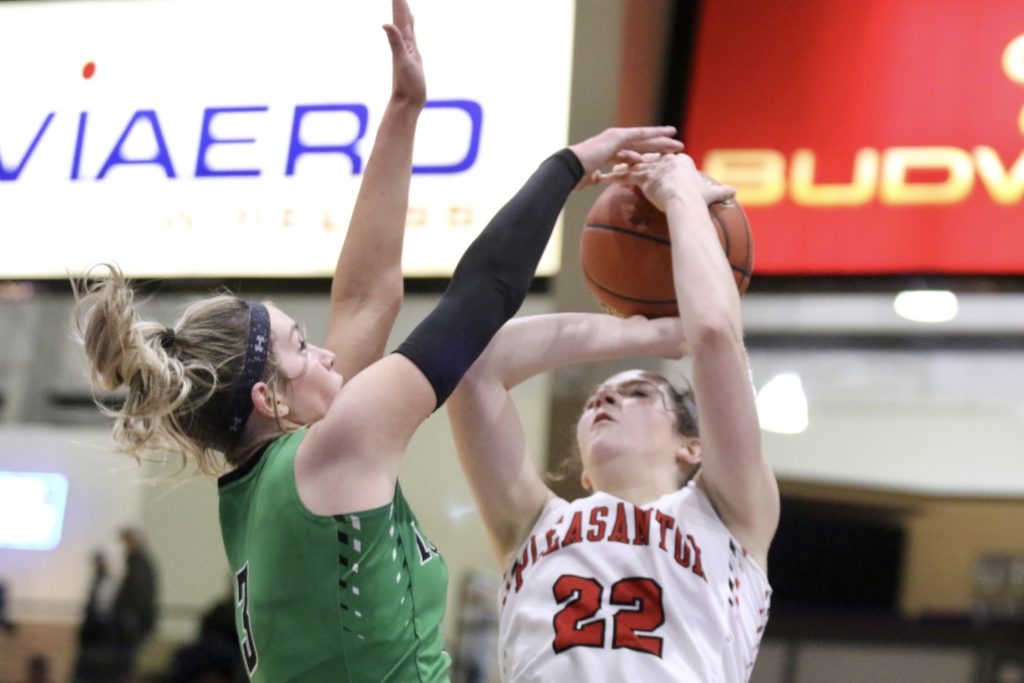 KEARNEY –  The Fort Kearney Conference Championships were settled on Saturday night. The Pleasanton Girls continued you their great season as they moved to 20-0  as they knocked off Loomis 54-46. In the boys game Axtell continued their successful run with a 60-49 win over Ansley-Litchfield.

Isabelle Paitz led the way for Pleasanton as she scored 15 points followed by Natalie Seigel and Kacie Pierce as they knocked off a stubborn Loomis team. Darla Thorell continued her good season as she led the Wolves with 15 points.

This undefeated Bulldogs were pushed in this one as Loomis hung around most of the game. Pleasanton claims its fourth straight championship in the FKC.

The Boys game was a Cinderella as the sixth seeded Axtell Wildcats faced off against the Ansley-Litchfield Spartans who were the fifth seed.

This game was tight throughout the first half as the Spartans defense kept Axtell in check. However, in the second half it was the offense that let down Ansley-Litchfield in the third quarter.

Brennan Runge and Zach Hinrichs each scored 15 points to pace the Wildcats. Tyler Danbury scored 14 and Calvin Johnson finished with 12. The Spartans were led by Parker Lefever who scored 17.