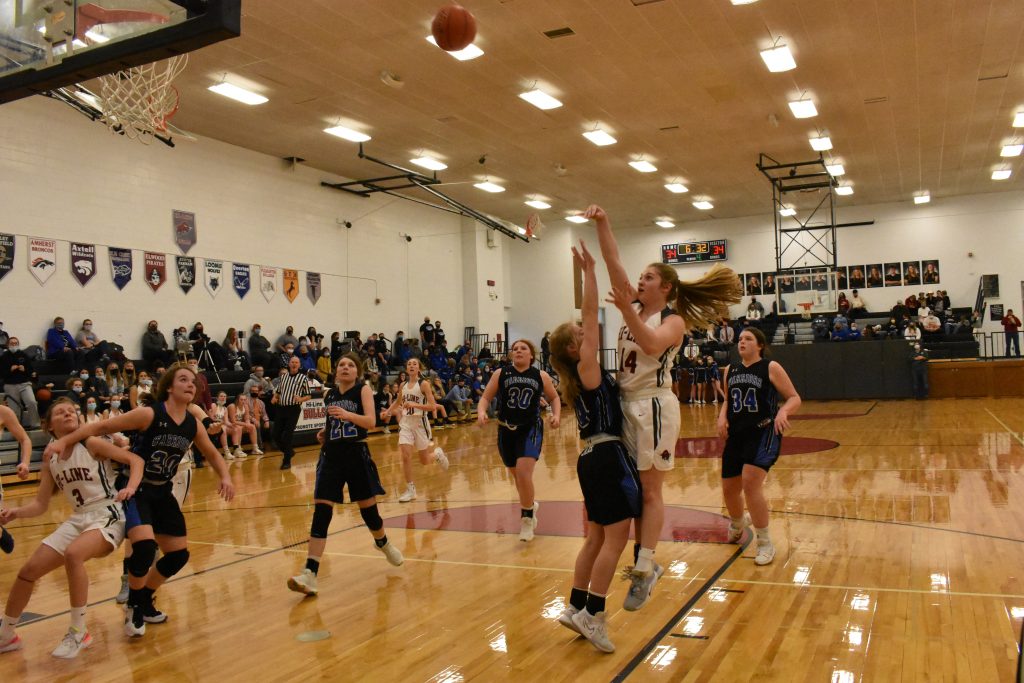 EUSTIS – As we move toward the back part of the season teams that have struggled, look forward to playing teams they match up with, to turn their momentum. All four varsity teams in these games were in this position. The girls game was back and fourth before Arapahoe held on to win 44-41 in the boys game Arapahoe dominated Hi Line who turned the ball over more than 30 times, 48-30.

The girls game was tight throughout, however Arapahoe led most of the way. Hi Line took a brief lead in the fourth quarter before Emery Swanson hit two huge free throws to solidify the lead late. With 2.2 seconds left the Bulls got a shot, but the three-pointer missed the mark. Kaydee Diefenbaugh led the way for Hi Line with 12 points. Hope Koller had 19 for the Warriors as she dominated the paint.

It was only the second win for Arapahoe, but they are showing signs of gaining that momentum. Hi Line falls to 2-10, but shows signs of improvement.

The boys games started very close. In fact, Hi Line led it after the first quarter 12-6. However, turnovers and poor shooting doomed the Bulls to single digits in scoring in the next three quarters and Arapahoe took advantage. Reilly Einspahr was the games leading scorer finishing with 15 points, while Ryker Evans scored 12 points for the Bulls. It was the fourth win for the Warriors to move to 4-8, the Bulls fall to 2-12.