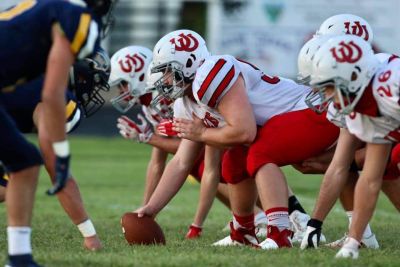 Elm Creek-Amherst for a third straight game shut down an opponent’s running game and was balanced itself as they Broncos beat Elm Creek 28-6 on Friday night. Amherst limited Elm Creek to 47 yards rushing on 29 carries. On offense, Amherst was efficient as Quarterback Kalon Rhode was 12-16 through the air for 184 yards and two touchdowns. His nine yard pass to Tayje Hadwiger right before half put Amherst up 15-0.

In the third quarter, after an Elm Creek fumble deep in their own territory, Rhode would hit Riley Galloway on a nine yard strike as the lead swelled to 21-0. Elm Creek finally got on the board with a four yard run from Xavier Perez. Amherst’s kicking game was also sharp as Nolan Eloe connected on kicks of 30 and 34 yards in the first half. While each school hasn’t played often in football over the years it was Amherst’s first win over Elm Creek since 2007. Amherst improves to 3-0 while Elm Creek is 2-1. The Buffaloes will host Southern Valley on Friday night and that game can be heard on 880 KRVN and 106.9 FM in Kearney.