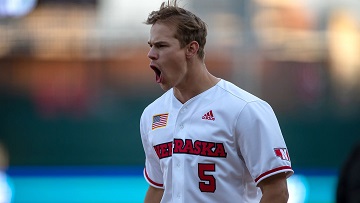 Acker, who started all four games against Columbia over the weekend, went 5-for-10 during the series with a double, a home run, two RBIs and three runs scored.

After going 1-for-2 with one run scored in Friday’s series opener, Acker went 2-for-3 during the first game of Saturday’s doubleheader with one double, one RBI and one run scored.

During the second game of the doubleheader, he homered as part of a 1-for-3 showing. Acker drew two walks on Sunday and went 1-for-2 in the series finale against the Lions.

On the season, Acker is batting .295 with three doubles, two home runs, eight RBIs and 11 runs scored in 13 games.