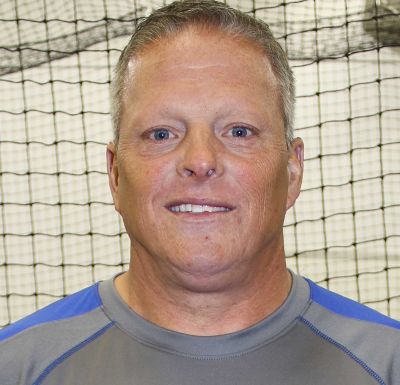 McCook Community College has named Iowa native Kevin Kaalberg as the new coach for the Lady Indian softball team as well as an enrollment coach. In addition to coaching high school softball in Iowa, Kaalberg is leaving his job as Senior Financial Analyst at the University of Iowa Hospitals and Clinics – Heart, & Vascular Center in Iowa City to take the MCC post and the opportunity to do what he loves. “I’ve enjoyed a professional career in finance and once our children graduated from high school, my wife encouraged me to pursue my passion so I could just coach,” Kaalberg said. He admitted that he knew little about McCook but when he saw the job listing for the softball coach he became real interested when he learned that position also had an opportunity to work with young people and help them on their career paths as an enrollment coach. “

During the 2019 season, the Lady Indians won a share of the Nebraska Community College Athletic Conference title and gained the team’s first appearance in the Region IX post-season in three years and went 2-2 to reach the championship game, but fell 9-4 to Western Nebraska and ended the season at 29-33. The 2020 roster includes 13 freshmen and four sophomores. Kaalberg had been coaching varsity and junior varsity softball at Durant High School in Iowa for the past year as well as the Eastern Iowa Barracudas, and 18-and-under team in Iowa City since July 2017. In the off-season he led Mid-Prairie High School’s 18-and-under ASA/USSSA team in Wellman, Iowa, to the state tournament from 2010-2014.