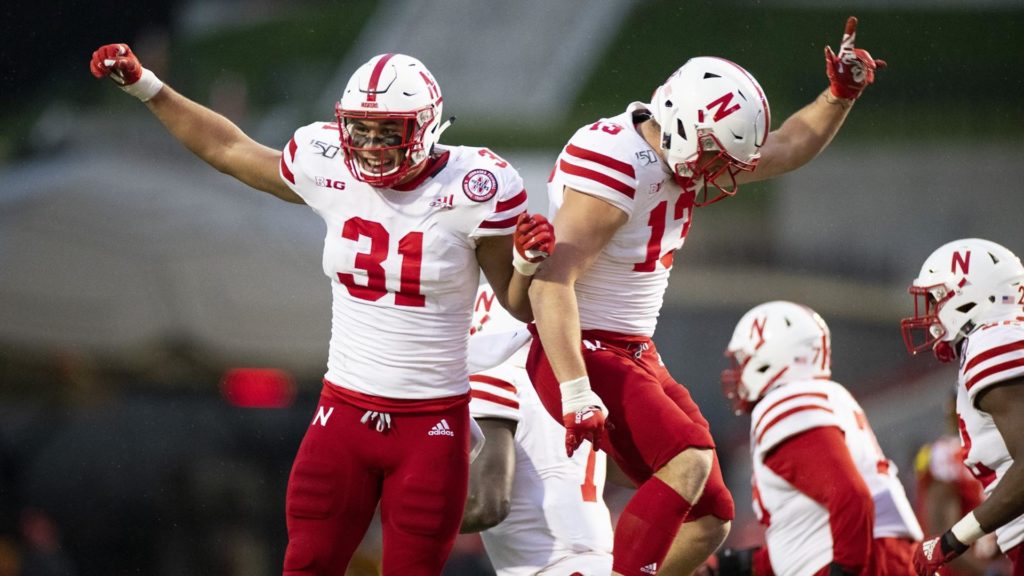 Nebraska (5-6, 3-5 Big Ten Conference) won for the first time since Oct. 5, producing its largest margin of victory in a Big Ten game, while Maryland (3-8, 1-7) remained winless since the same date with its sixth consecutive loss.The 54 points were the most the Huskers have ever scored in a Big Ten road game, and tied for their most in any Big Ten game. In playing at Maryland for the first time in school history, Nebraska collected its first November road victory since 2015, when it won at Rutgers.

Martinez, 16-of-25 passing for 194 yards and two touchdowns, also ran for 94 yards, as Nebraska finished with 531 total yards, including 305 rushing. The Huskers committed only one penalty and gained 31 first downs.

The Nebraska defense, meanwhile, forced and recovered four fumbles, including one on special teams, and held Maryland scoreless until running back Javon Leake’s 58-yard touchdown run with 3:13 remaining in the game. Prior to that, the Terrapins had run only two plays in Nebraska territory, none beyond the 48-yard line.

Nebraska collected a season-high six sacks and held Maryland to 206 total yards, the fewest the Huskers have allowed in a game this season, and narrowly missed its first shutout in 10 years.

Nebraska led 34-0 at halftime behind two touchdown passes from Martinez, a pair of 29-yard field goals by walk-on kicker Matt Waldoch and a Blackshirt defense that forced two turnovers and twice stopped Maryland on fourth down in Nebraska territory.

Junior running back Dedrick Mills scored two plays later on a 6-yard touchdown run for a 7-0 lead with 11:50 remaining in the first quarter. Mills rushed 12 times for 65 yards, all in the first half.

On their next possession, the Huskers drove 77 yards in 11 plays and scored on a quarterback sneak by Martinez from the 1-yard line for a 14-0 lead. Martinez completed a 30-yard pass to tight end Austin Allen for a key play in the series.

Isaac Armstrong delivered a pooch kick on the ensuing kickoff that Leake fumbled and lost, and sophomore cornerback Cam Taylor-Britt recovered, giving the Huskers the ball at the Maryland 22-yard line. Nebraska settled for Waldoch’s first field goal for a 17-0 lead with 3:28 remaining in the first quarter.

The Blackshirts forced a three-and-out, and Nebraska began its next drive at its 27-yard line. The Huskers needed only seven plays to score again, with Spielman making a highlight-reel touchdown catch that deflected off two Maryland defenders in the end zone. The 25-yard pass from Martinez on a third-and-11 play pushed the lead to 24-0.

A third-down sack by blitzing junior linebacker JoJo Domann forced another three-and-out, and on Nebraska’s next series, freshman quarterback Luke McCaffrey, playing wide receiver on the play, connected with Spielman on a reverse pass for a 28-yard gain to the Maryland 24. Martinez gained 20 yards on an option keeper to the 4-yard line, but on the next play, Martinez underthrew his receiver, and Maryland intercepted the pass in the end zone.

Nebraska punted, but senior defensive lineman Khalil Davis and junior defensive end Ben Stille teamed for a fourth-down sack that gave Nebraska possession at the Maryland 36-yard line with 5:42 remaining.  That led to a 16-yard touchdown pass from Martinez to Spielman for a 31-0 lead.

Senior defensive lineman Darrion Daniels and Stille teamed for a fourth-down stop on fourth-and-1 that gave Nebraska the ball at the Maryland 40 with 2:03 remaining, and it led to Waldoch’s second field goal that ended the half.

McCaffrey, who also caught a pass, rushed for 83 yards on 10 carries.

Nebraska concludes the regular season Friday with a 1:30 p.m. game against Iowa at Memorial Stadium on Senior Day.