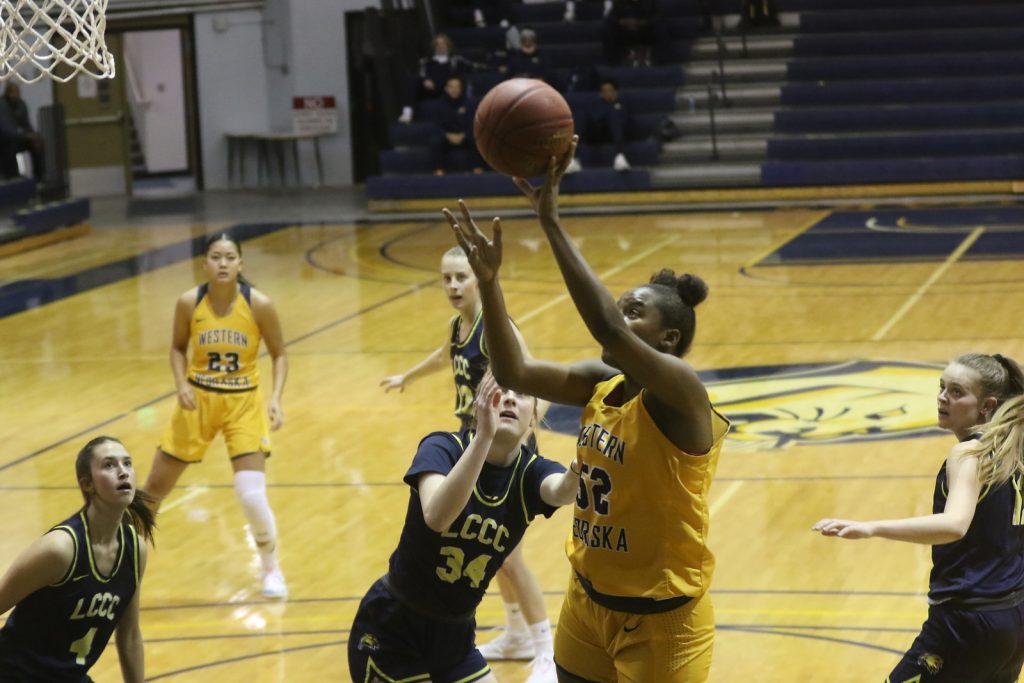 The 93-48 win over the Golden Eagles was the Cougars ninth of the season as it was WNCC’s third game in four days.

WNCC freshman Ky Buell, a Cheyenne East graduate, said they played better this game against LCCC than the first time they faced the Golden Eagles a couple weeks ago.

Those fast starts really set the tone of the games and Buell said it is important to start strong.

“You can tell it [starting strong] is a different mentality when we start strong compared to when we have to come back out and from halftime and get ourselves back together,” Buell said. “I think it is a lot harder for teams to get up on us mentally if we start out strong and then we can keep pushing from there.”

The women’s game was all WNCC as the Cougars had a hot first quarter, starting with a 6-0 run and pushed the lead to 21-4 behind five points from Shanti Henry, including a trey. WNCC led after the first quarter 27-6 as Buell, Martrice Brooks, and Ashley Panem each scored.

The third quarter was even as both teams scored 15 points as WNCC led 65-33 after 30 minutes of play.

The fourth quarter saw WNCC open things up as they went up 76-37 on a Buell trey and then pushed the lead to 86-39 after going on a 10-0 run that was highlighted by five points from Madison Blaney. WNCC cruised to the win.

WNCC shot 46 percent from the field and connected on seven 3-pointers, led by Payton Fields with two treys. LCCC shot 31 percent and had just five treys.

WNCC had three in double figures. Alejah Douglas led the way with 19 points, including going 6-of-6 from the charity stripe. Lidsey Mahoukou finished with 18 points while Buell had 11 points.

The Cougar women will be back in action Friday at Cougar Palace when they start South Sub-region when McCook Community College comes calling for a women’s and men’s doubleheader beginning at 5:30 p.m.

Buell said they will use these next days off to continue practicing and resting their bodies.

“We are going to take care of our bodies, get back in the gym and put in a lot of work so we can keep competing,” she said.