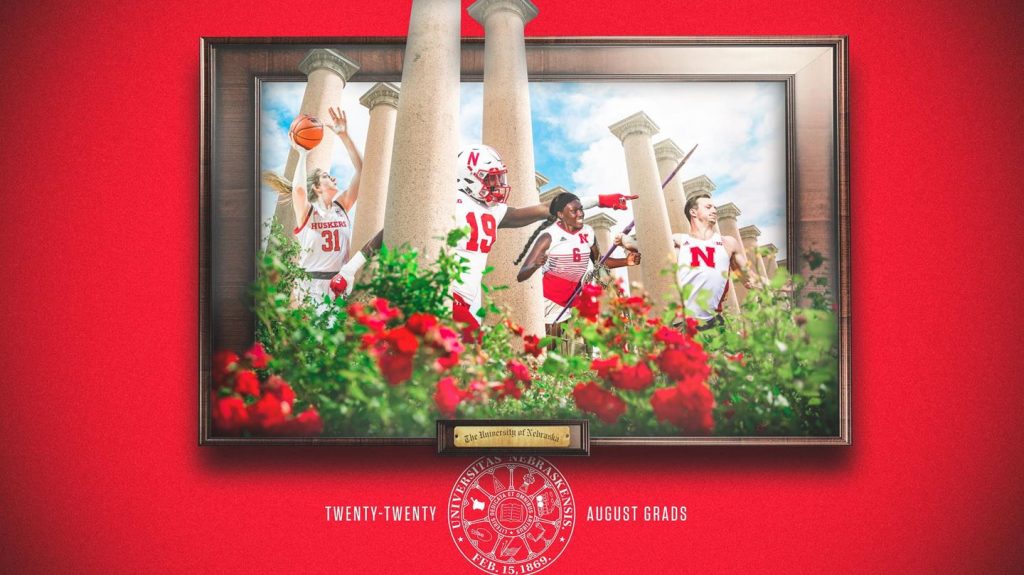 Lincoln – A total of 18 current and former Husker student-athletes across all sports will earn their undergraduate degrees during “Go Big Grad: A Husker Graduation Celebration” on Saturday, Aug. 15 at 9 a.m. (CDT).

The event will be streamed at http://www.commencement.unl.edu with graduates and their families encouraged to view the online celebration with guest speaker Dr. Marilyn Moore and the conferring of degrees by Chancellor Ronnie Green.

The Husker women’s basketball team contributes Kate Cain. The 6-5 center from Middletown, N.Y., completed her management degree in three years and is poised to enter her senior season on the court as Nebraska’s career blocked shot leader.

Overall, the 18 Husker graduates in August came to Nebraska from 10 states and two foreign countries. Over the last three graduations (December 2019, May 2020, August 2020), a total of 133 Husker student-athletes from 28 states and eight foreign countries have earned their degrees from the University of Nebraska.

Nebraska continues to feature one of the highest graduation rates in the nation, while leading the nation in the number of CoSIDA Academic All-Americans (340) and NCAA Today’s Top Ten Award winners (18) across all sports.