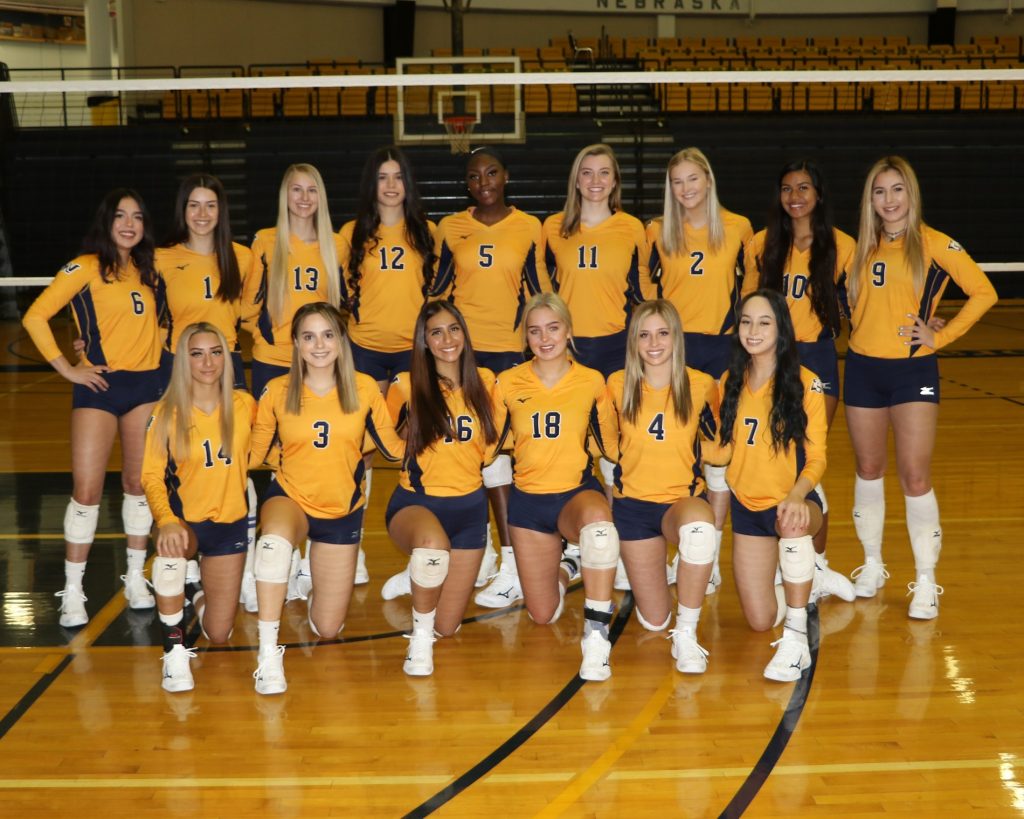 It has been over a year since the Western Nebraska Community College volleyball team last took to the court for competitive match. That will all change this weekend as the preseason 17th-ranked Cougars will open the season when they host the Crossover Tournament Friday and Saturday.

WNCC coach Binny Canales said his team is anxious to get going after a year away from competition.

“It is exciting to get back on the court,” Canales said. “I am excited and I know the girls are. We are just hoping things go smooth. We learned from every experience and continue to get better.”

When Friday morning comes, the players will definitely be excited to get the season underway after the fall season was pushed to the spring.

The Cougars will open the season Friday with two matches followed on Saturday with two more matches. WNCC open at 2 p.m. Friday when they take on Eastern Wyoming College followed by facing Northwest College at 7 p.m. Saturday’s action will pit the Cougars against Central Wyoming at 10 a.m. followed by a match with Utah State-Eastern at 3 p.m.

Canales said the competition will be good.

“It will be very competitive,” he said. “We have I think three or four 20 teams with Otero, us, and Utah State-Eastern. We have a lot of other good teams. Eastern Wyoming was tough last year and I expect them to be better this year. McCook is tough. It will really be a tough tournament.”

WNCC will have a talented squad themselves with seven returning players and plenty of newcomers that will push the returners.

“We have a lot of talent,” Canales said. “We are still working on getting a couple things together. We have a lot talent.”

With the talent they have, that is one reason the Cougars earned pre-season nod in the rankings. WNCC is one of three Region IX teams in the NJCAA pre-season polls that were released Tuesday. WNCC is ranked 17th. Otero and Northeastern Junior College are ranked higher than the Cougars.

WNCC talent begins with the returning sophomores. WNCC has three sophomores that have already or will sign with four-year colleges in the next month. Those three include Karen Cordero, a 5-9 hitter from Chula Vista, California, Olivia Schaub, a 6-1 hitter from Gering, and Andrea Tsetanova, a 5-9 setter from Sofia, Bulgaria.

The other four returners from last year’s 28-9 team include Anabelle Gillen, a 5-6 defensive specialist from Mitchell; Alex Hernandez, a 5-8 hitter from El Paso, Texas; Anuhea Kaohi, a 5-8 hitter from Kailua, Hawaii, and Arianna Mitchell, a 5-11 middle hitter from Gering.

The Cougars have a transfer sophomore that will add to the depth in Laura Ferrao, a 6-1 middle hitter from Brasilla, Brazil.

The freshmen class also have plenty of talent and makes the depth of this year’s team plentiful.

The freshmen class starts with a pair from Gering in Elli Winkler, a 5-10 outside hitter, and Macey Boggs, a 5-8 setter. Boggs played for Gering High School in the fall and graduated high school in December.

Other freshman include J’Carra Mitchell, a 6-2 middle hitter from Detroit, Michigan; Angel Nahinu, a middle/outside hitter from Kapolei, Hawaii; Hyleigh Fronstrom, a 6-0 hitter from Pine Bluffs, Wyoming; Holleigh Jaime, a 5-3 libero from Soldoma, Alaska; and Mariah Fukamoto, a 5-7 libero from Mililani, Hawaii.

“The talent [on the team] should be good and it all depends how they gel together,” Canales said. “We don’t know what everybody else has because we haven’t seen anybody else. It has been a crazy year so far.”