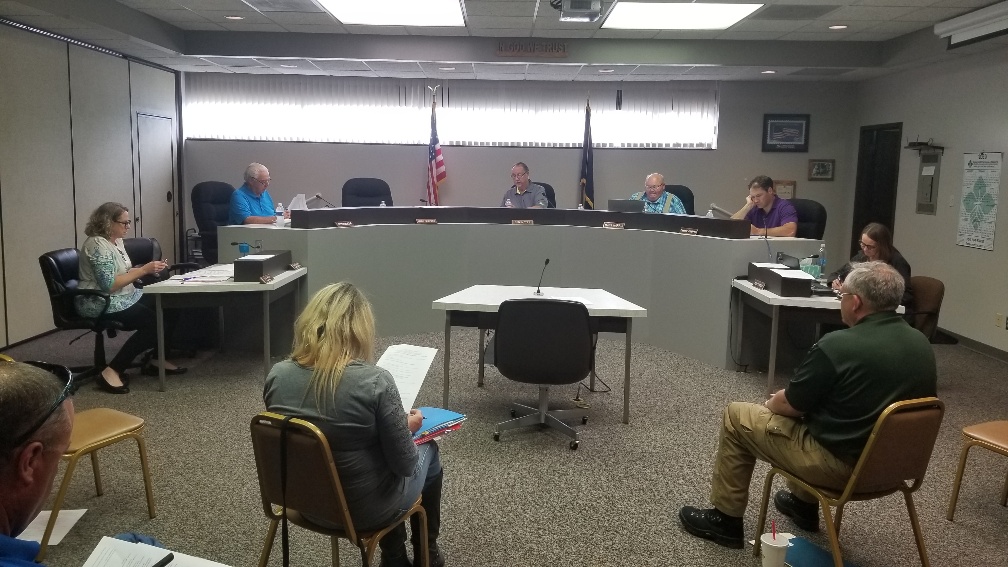 A looming budget shortfall in Wyoming could have a significant impact on the Scotts Bluff County Detention Center as that state moves to cut spending.

Sheriff Mark Overman detailed the issue for County Commissioners Monday, saying he received a letter from Wyoming prison officials with their plan to retrieve all female inmates from the Gering facility by July 4.

Overman said the typical Wyoming inmate count has hovered around 30 and is currently at 32. He said at $75 per inmate per day, the loss of the contract with Wyoming would be a hit of more than $875,000 to detention center finances on an annual basis.

However, Overman also told Commissioners there was the possibility of housing additional federal inmates, as U.S. Marshal Service officials from Wyoming found out about the pending vacancies during a recent jail inspection , and Marshals out of South Dakota appeared to have some interest when told of the pending vacancies. The contract for housing federal inmates pays the detention center $80 per day per detainee. Oveeman said there was also the potential to house more inmates from the Nebraska Department of Corrections.

In light of the situation, Overman said he recently instituted a hiring freeze, which has prevented the need for layoffs. And as COVID-19 restrictions have become more relaxed, the movement of prisoners that stopped in March has started to resume, opening the possibility of housing more inmates from other Panhandle counties.