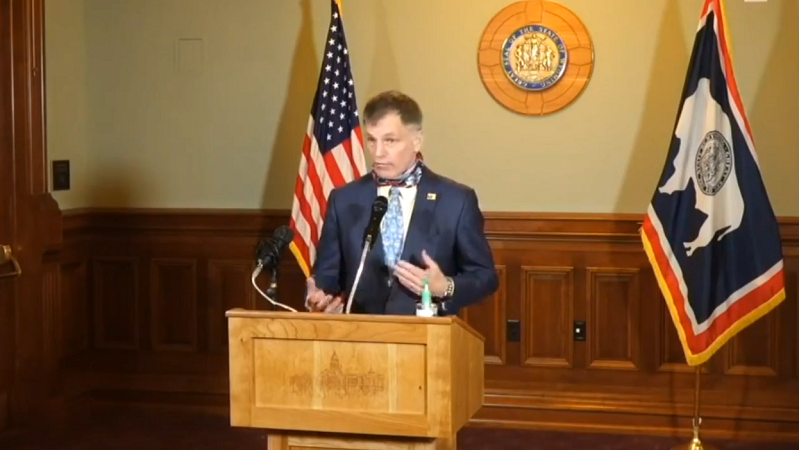 Wyoming state agency officials have been told to immediately cut spending and prepare for even deeper cuts due to because of an
unprecedented hit to revenue.

Agencies had already been told to freeze hiring and not proceed with large contracts, and Gov. Mark Gordon says they should prepare for a sharp decline in funding of up to $1.5 billion, primarily tied to coronavirus-related issues.

Saying the state is in uncharted territory, Gordon said the state has just experienced the largest income loss in history just four years after our second largest loss of income. He said coal revenues are down 25 percent and will continue to decline, projected oil revenues have dropped more than 50 percent in three months, gas is selling for 1970-level prices with no new production and  sales tax revenues are in steep decline.

For spending reductions, Gordon outlined a phased plan to be coordinated closely with the legislative branch. The next step requires state agency directors to identify and explain programs to eliminate by July 1, along with the consequences of those proposals. These cuts will likely lead to some employees losing their jobs. He also asked agencies to consider salary reductions, furloughs, reductions in benefits, and other options.

Friday, Gordon announced that WYDOT would close 10 rest areas across the state, the closure of which is expected to have little impact on travelers but a sizeable savings for the government.

The rest area closures will result in a savings to WYDOT of approximately $197,453 from June 15 through Sept. 30, which is the end of the fiscal year. After that, the department will save about $789,812 per year.