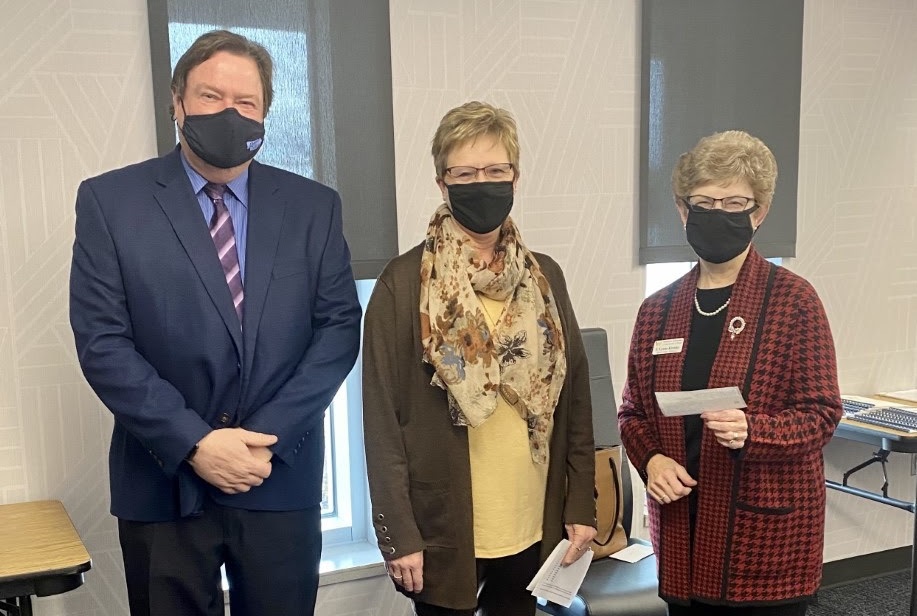 From left: NPPD Board Member Charlie Kennedy and NPPD District Account Manager Terry Rajewich, present WCCA Board of Governors Chair Lynne Klemke with a donation of $10,000 to fund student scholarships. The money is raised from the 29th annual Nebraska Open golf tournament in September.

The funds are raised from the 29th annual Nebraska Open golf tournament in September. This year, the tournament raised $50,000 for community college across the state. WNCC’s share of $10,000 will be distributed evenly across the Alliance, Scottsbluff, and Sidney campuses.

NPPD and Wells Fargo have raised more than $1.7 million in scholarships with the golf tournament over 29 years, all donated to Nebraska community colleges. The three-day tournament includes an 18-hole, Pro-Am scramble tournament, and a 54-hole professional tournament.

“On behalf of the Western Nebraska Community College Board of Governors, I would like to thank NPPD for its continued support of the community college system and WNCC in particular,” WCCA Board Chair Lynne Klemke said. “The annual gifts have had a positive impact on the success of our students and businesses in our service area as our graduates enter the workforce.”