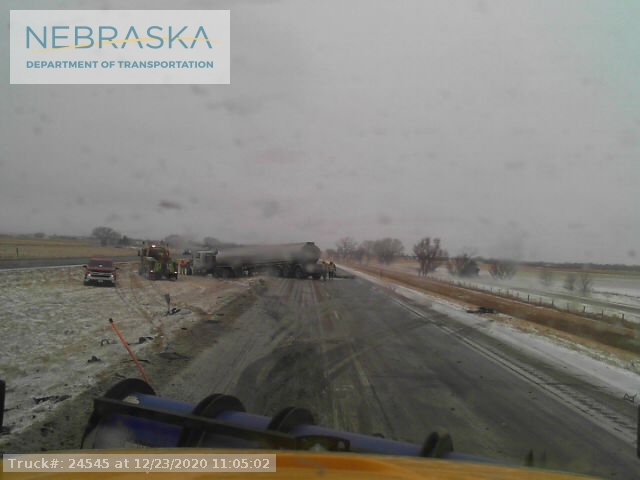 DECEMBER 23, 2020 (NORTH PLATTE, NEB.)  — A winter storm with blizzard conditions has caused numerous crashes across many areas of Nebraska and forced the closure of several major roadways. One crash, on Interstate 80 near Hershey, has claimed the lives of three people.

At approximately 10:41 a.m. CT Wednesday, multiple law enforcement agencies responded to a crash involving a semi and a GMC Yukon near mile marker 167 on Interstate 80. Preliminary investigation shows that the eastbound Yukon lost control in the weather conditions, crossed the median, and entered the westbound lanes. It was then struck by the westbound semi.

The identities of all people involved are being withheld at this time pending notification of next of kin. The driver of the semi was not injured. Additional information will be released when possible. The crash caused the closure of Interstate 80 for approximately three hours.

As of 5:00 p.m. CT, NSP has responded to well over 140 weather-related incidents, including more than 40 crashes and nearly 100 motorist assists. Troopers remain on the road throughout the state. Anyone who is stranded can call the NSP Highway Helpline at *55 or 800-525-5555.

Travel is not advised in blizzard conditions. All motorists are urged to check travel conditions and road closure information at 511.nebraska.gov before attempting to travel in winter weather.