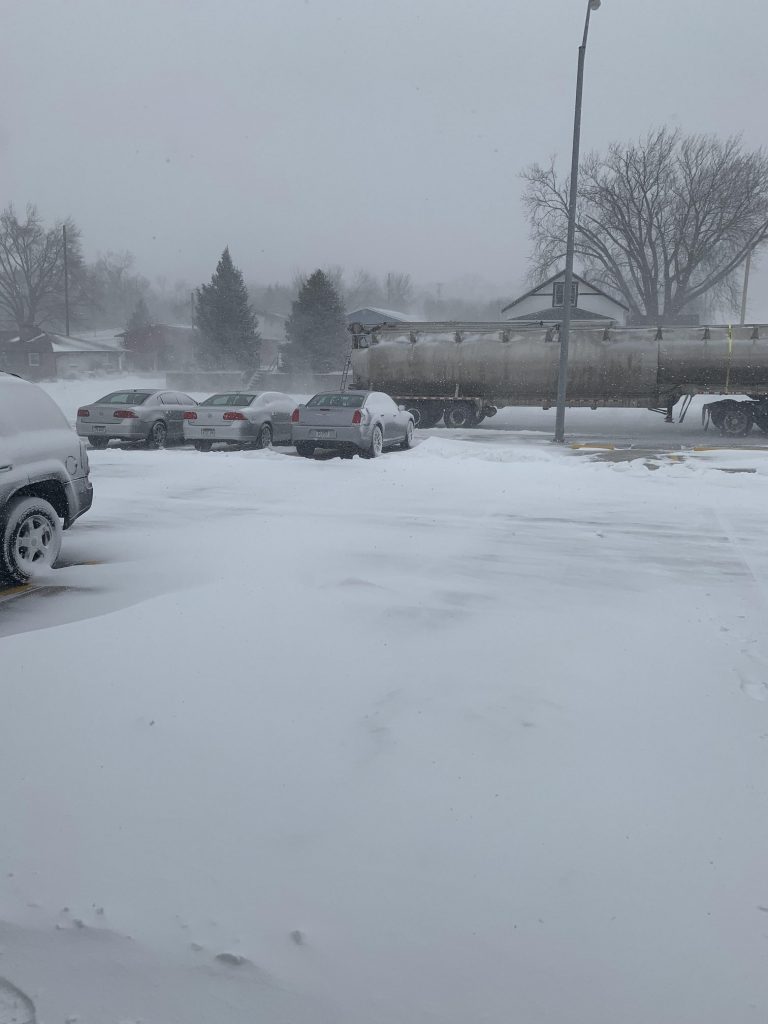 At noon on Friday, West Point was still being buffeted by northwest wind gusts of 55 miles per hour.

A Blizzard Warning was slated to continue until 6PM.

The eastern-most Nebraska counties might get from 2 to 6 inches of snow.

The storm began around 3am, which caused area schools to cancel classes.

The National Weather Service had forecast 1 to 2 inches of accumulation Friday in West Point.

Measuring the snow is difficult due to the wind, but KTIC News’ estimated that West Point had just over 2 inches at 1pm.

Though not a heavy snowfall, it was creating blizzard-like conditions in Cuming and neighboring counties due to high winds.

Norfolk had gusts of 60 miles per hour for most of the morning.

Drivers told KTIC News that road surfaces were difficult to see due to white-outs on Highways 275, 77 and 91.

Highway 32, the east-west route running through West Point, is very susceptible to snowstorm white-outs when there are north winds.

Western Iowa locations from Onawa to Denison and south to Shenandoah were expected to get from 6 to 9 inches of snow.

The snow should taper off Friday night, but 40 mph gusts could still create white-outs, especially after sunset.

One bit of good news is that a warming trend will be starting next week, with highs near 40 Tuesday and Wednesday.