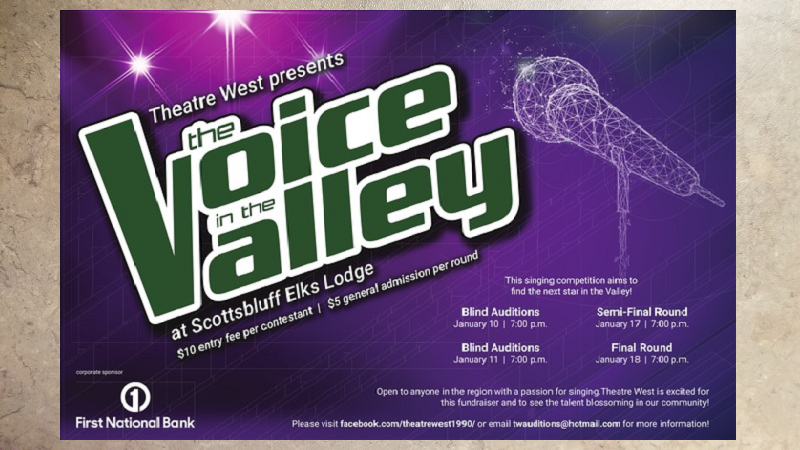 Theatre West’s 2nd annual Voice in the Valley gets underway at the Elks Club in Scottsbluff at 7 p.m. Friday evening, the first of two consecutive nights of blind auditions for the fundraising vocal contest.

Event Organizer Lauren Newell tells Rural Radio News they were just amazed by the success and talent in last year’s contest. “I don’t think it could have go any better. We had a lot of little things we tweaked for this year that will make it that much better, but I don’t think it could have gone more smoothly,” says Newell. “We loved having it at the Elks Club, they were great to work with, and we had a whole bunch of people from around the area that turned up with talent that we had never seen before. We were really blown away.”

20 performers chosen through the auditions will get voice recommendations for their coaches next week ahead of the semi-finals January 17th, with the finals taking place the following night.

Watching the contests will cost you $5.00 each evening, and there will be a nightly people’s choice winner chosen by whichever singer gets the most votes at $1.00 apiece. Money raised during the event supports Theatre West’s summer performances and activities. 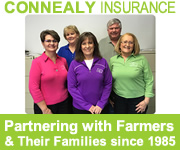